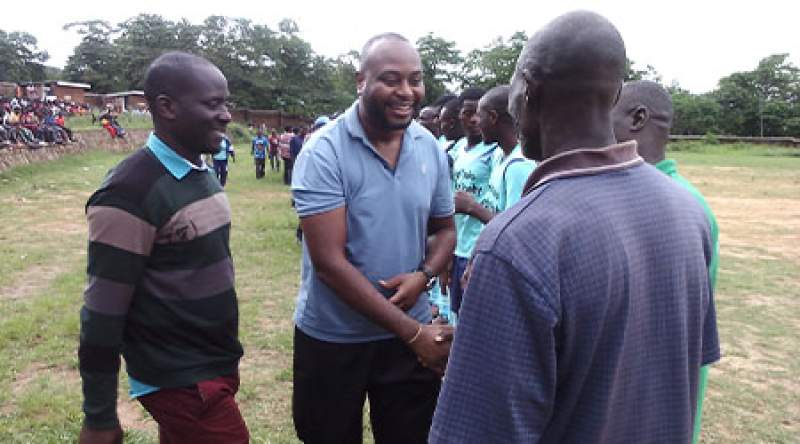 Tembo before the match - pic by Steve Kalungwe

Member of parliament for Neno North Constituency, Thoko Tembo, on Tuesday organised a day long Bonanza as a way of thanking the people of his area for support rendered since 2019.

Tembo told Zodiak Online on Tuesday that the Bonanza which started in September 2021, saw five zones playing in both football and netball games to a tune of MK2 million in each zone.

At the Bonanza, taking place at Neno Community Stadium both football and Netball games have been lined up, with musical performances by urban music heavyweights Saint and Macelba and club DJ Moda.

"Entertainment is rare here in Neno and we thank our MP for this as it will keep our youths busy while others will be entertained especially during this festive season", said Patrick Amosi.

However, Tembo has described the Bonanza as a right platform for scouting for talent and an arena to exchange developmental ideas.

He further argues that, Covid-19 and current Cholera outbreaks strained people so much so that they lacked entertainment hence bringing the musicians to his area.

Winners in the Bonanza for both football and netball will shared K600 thousand respectively.

Lumbe All Stars pocketed K200 thousand as champions with Kambale FC- getting K140 thousand on second place in the men's category.