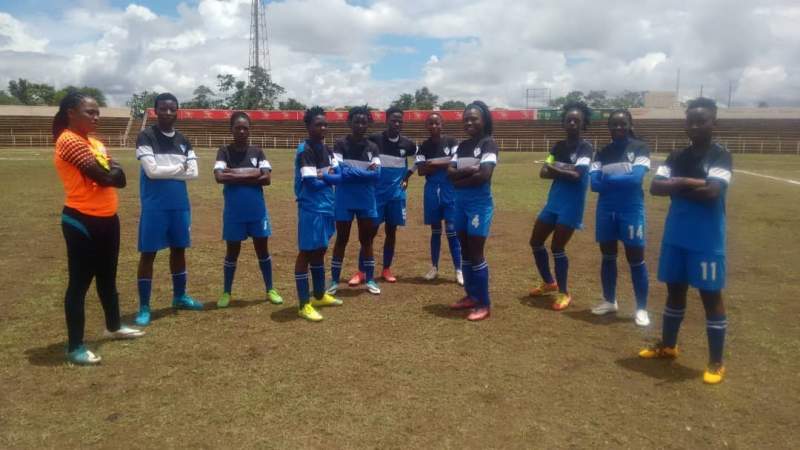 DD Sunshine Football Club produced a brilliant performance to beat Skippers FC in the final match of the central region FAM league courtesy of Chisomo Banda and Funny Mwale’s goals with the runners up getting their consolation goal through Fazira Chiyembekeza.

The champions DD Sunshine defended the title after amassing 28 points from 10 games.

Andrew Chikhosi coach for DD Sunshine praised his charges for putting up a gallant fight to defend the championship despite going into this encounter as second best having stayed on second position throughout the competition.

“We have had a league full of exciting moments, we had doubts going into this match considering we have  been behind them (Skippers) for almost the whole season but luckily we managed to win the championship,” said Chikhosi.

His opposite number Massa Phalura said his players did not play to instructions but was quick to say he will go on the search for new players to strengthen his squad so that they can challenge for the title next season.

“My girls did not follow my instructions because I told them not to concede in the first half and make sure they control the game in terms of possession which they did not do.

“It happens in a game of football we have to accept the defeat, at least I have seen some flaws and I have to go on the search for new players who can fit into my system so that we can challenge for the championship next year but all in all congratulations to them (DD Sunshine) they played well,” Phalura said.

Moyale Barracks and Blantyre zero are the champions of northern and southern regions respectively and will face DD Sunshine at national level to find a national champion.