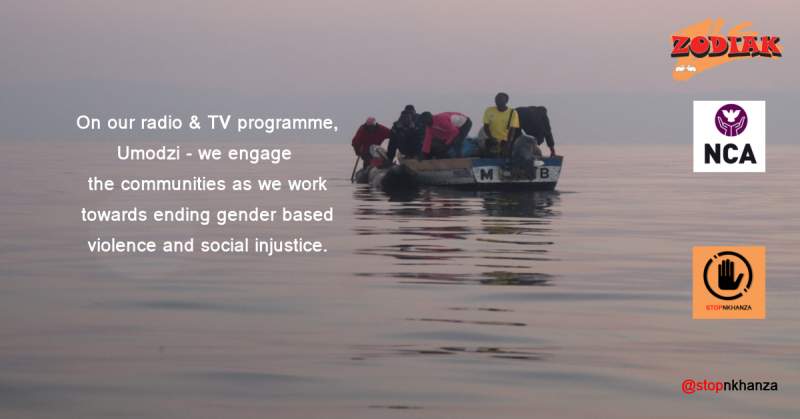 Zodiak Broadcasting Station is implementing a comprehensive media awareness campaign to target the duty bearers, communities, the youths, women and men, boys and girls on dangers of gender-based violence and how to fight it, the effects of inequality and how to end it.

Radio programs and village discussions will be recorded in various settings with an aim of appreciating progress being made on issues of fighting inequality and gender-based violence in their respective areas.
Despite advances in gender equality over the last decade, Malawi ranks 145/188 on the Gender Inequality Index (GII), reflecting high levels of inequality in reproductive health, women’s empowerment, and economic activity. Additionally, violence against women and girls and harmful practices remain serious, also, the country has a lot to do in terms of women empowerment. Low representation of women in politics is also critical as it contravenes the country’s Gender Equality Act which prescribes that one gender should take no more than 60 percent of public leadership positions. The SADC Protocol on Gender and Development stipulates a 50:50 ratio, despite all that, out of the 193 parliamentary seats in our National Assembly, 44 seats are held by women representing 22.79%, posing a challenge to maximum representation and deliberation of women and girls’ issues.

Like our posts and share them with your friends.  We can end gender based violence and social injustices together.