Msungama Drums up Support for Fatsani: Tale of Survival 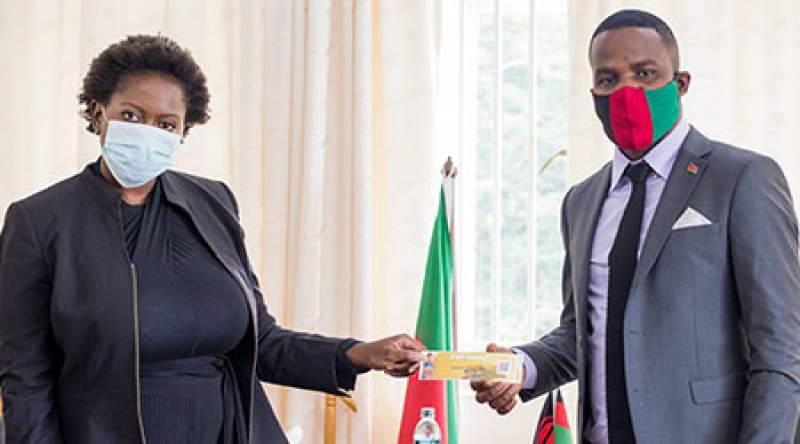 Fatsani: A tale of Survival continues to gain momentum with a recent support from Minister of Youth and Sports, Ulemu Msungama.

Msungama, who recently held a meeting with the production crew for the Malawian movie which its premiere is set for April 30 in Lilongwe, said Malawi needs to appreciate the rare talent behind the movie.

The youthful minister said he thought of supporting and throwing his weight behind the production and premiere of the movie because most of the actors in the movie are youths.

“The movie, Fatsani, is being produced by Malawian youths and being their minister, I thought of leading by example by showing support towards the premiere of the movie.  I call for support from everyone in the country towards this movie,” said Msungama.

HD Plus Creations Managing Director, Gift Sukez Sukali, hailed the minister by leading by example in showing the support towards the movie.

Sukali said his company is in the lead in creating jobs amongst the youth.

“We are helping government to achieve the 1 million job promise that was made prior to campaign. Production of Movie, Fatsani, has brought together a pool of youths who we believe have something to do and in the end helping in creation of jobs. The support by the Minister is just timely.

Recently, HD Plus Creations began an online campaign to have the movie streamed online on Netflix through overwhelming response on Twitter.

Fatsani is a movie inspired by true events and centers around a young girl survival in a tough mean world.