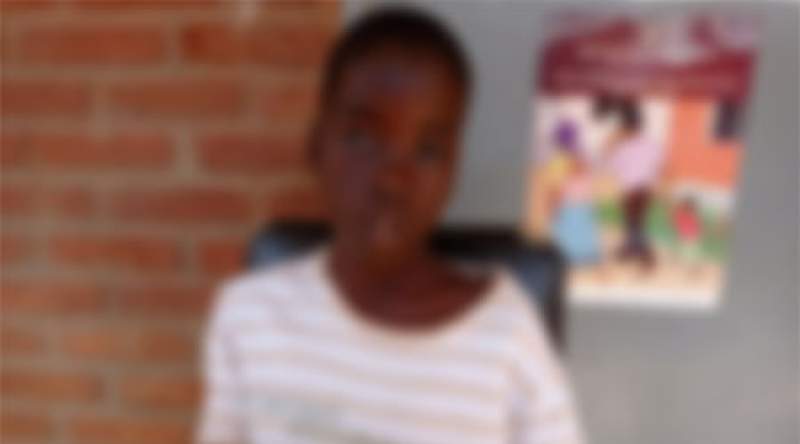 Innocent Kumchedwa investigates the dilemma of some parents to disclose early to their children, born with HIV, their status.

Using his case study in Mchinji, Innocent finds that more parents find it hard to inform their children of their HIV status, and some wait for their children to get critically ill to inform them about it and introduce them on Anti-Retroviral Viral Treatment.

Innocent is assessing the impact of this culture and how it can affect the country’s fight against HIV.

Emerson is aged 11. But until the age of 10, he had no idea he was a person living with HIV.

A month after his 10th birthday, Emerson fell sick and was admitted to a hospital in Mchinji.

This is how the boy got to know his status. Emerson says it was difficult to take in the news that he was HIV positive at this stage.

Says Emerson: “I terribly fell sick, and I spent some days at this health facility. Doctors carried out several tests, but they could not find the cause of my illness. Then I was referred to Kapiri Health Center where the doctors there said that I was HIV positive. The very first days I remember it was not easy.”

“I suffered from a number of opportunistic diseases and I lost a lot of weight. My mother tried hard to give me the medication but I did not accept it. She tried to put it into my mouth but I would immediately spit it out. I told her that I was not going to take them.”

The story of Emerson only represents that of many other children in Mchinji.

The majority of children living with HIV get to know their status only after major illnesses. This is because of a culture of silence among some parents living with HIV.

For some reason (are they positive themselves? Are they single? Do both parents know their sero status?) these parents decide to keep away information from HIV positive children. While children could be born with HIV, there is also the possibility they may have acquired it on their own.

UNICEF has information that proves a high rate of early sexual debut in Malawi and that this is contributing to increasing vulnerability among children, adolescents and young people to HIV.

In some of these cases, children have, ignorantly, been taking daily anti-retroviral treatment.

Shon is 19. He lives in a village some four kilometres from Mkanda Trade Centre in Mchinji.

He came to know his HIV status at the age of nine. He too had perpetually been falling ill.

Explains Shon: “At first I was persistently getting sick. I leave with my grandmother, but it was my mother who told me that I am HIV positive. After she told me that, I accepted it at that time and I was taking the medication.”

“But after some years I lost the purpose of life, I was feeling lonely, because I had a feeling that I was the only young person in that situation. In 2020, I stopped taking the medication, because I felt that it was of no use to my life which has no purpose. That is when Maliko came to talk to me, and he encouraged me to join the support group.”

In his case, Edgar’s parents just never had the courage to let the young man know.

“That time I was getting sick very often, and my parents suggested that we have to go to for HIV test. It was at Mchinji district hospital where I was diagnosed with HIV. It was there, where my mom said that I was born with HIV.”

“She also said that she is also HIV positive and I was born with it. Being a young boy at that time, it was not easy to remember taking the medication regularly. Not that, I was doing it deliberately, but I would just forget to take them, and this was causing problems to my health,” he says.

Maliko Kitwe works for National Association of People Living with HIV in Malawi NAPHAM as a field facilitator in Mchinji district.

His task is to help the organization address limited access to information on ART treatment, HIV and Sexual Reproductive Health Services among young people living with HIV.

“We go to the hospital, especially the section which deals with Anti-Retroviral Medication, to find out how many people, especially young people who have defaulted their medication for that month.”

“After getting this data, we trace the defaulters to getting it from them, the reasons why they are not taking their medication. So, we take this feedback to the health center for appropriate action,” says Maliko.

In a 2014 study on this subject, psychologist Dr. Chiwoza Bandawe and two others found that some parents keep away this information from children for fear of robbing them of happiness. Some of the parents fear that disclosing the HIV status of children exposes their own to people.

Dr. Bandawe also highlights the fear of confrontation or creating enmity with their own child. But he argues that such fears actually do the children more harm than good.

Violet Banda is Communications Officer for National Association for Young People Living with HIV in Malawi. She says withholding such information from the children perpetuates stigma.

Says Banda: “Once their friends figure out they are HIV positive maybe at an older stage, most of them they do lose interest especially when it comes to the adherence part. They won’t adhere to ARTs properly. And secondly, remember that when a person is born HIV positive it is encouraged by health workers that they should disclose status of an individual at an early stage.”

In an effort to tackle the challenge, Napham has embarked on training parents living with HIV. A part of the training aims to link the parents to experts in dealing with children born with the virus

Paul Manyamba, Executive Director for Napham says the trainings are taking place through an exclusive project in Mchinji district as way to providing some solutions to the existing problems.

“We have that issue of disclosure where the parents are failing to disclose to their children of their HIV status. SO as NAPHAM what we were doing in the project, is to train the parents how they can disclose their status (status of the children) and also to have community facilitators who are visiting their homes, trying to mentor them how they can do the disclosure to their children,” Manyamba saya.

A 2021 study found that of all new infections the previous year, 2020, a third were among people aged 15-24. Sustainable Development Goal 3 aims to ensure nations reduce new infections.

When children are ignorant about their HIV status, it could be recipe for further spread of virus.

As UNICEF puts it, in Malawi the sexual debut is at a high rate.