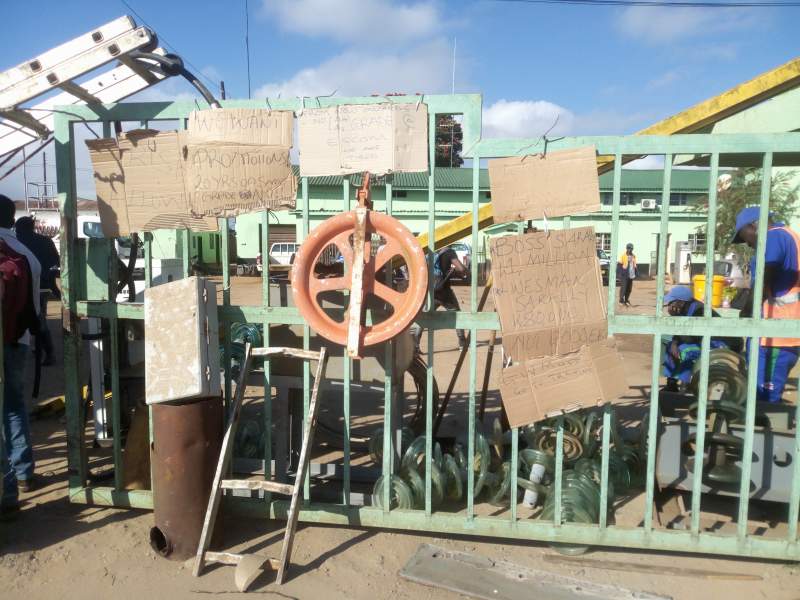 ESCOM linesmen in Mzuzu are staging a sit in beginning Wednesday 10th June 2020 to demand promotions, provision of risk allowances as well as salary arrears.

According to the linesmen the sit in will continue until the office responds to their concerns, failing which a countrywide sit in will follow.

Those ZODIAK spoke to on condition of anonymity in Mzuzu, say they resorted to this following failure by their authority’s negligence to the concerns they claim to have raised

They linesmen are demanding promotions on claims some have worked for more than 20 years without rising, low starting salaries upon appointment at Grade A4 which they claim to be very low compared to their colleagues in other fields whose entry point is Grade A2 or A1.

Among others, the linesmen are also demand to be given 50% of their salary as risk allowance on grounds their job is risky.

ESCOM Publicist Innocent Chitosi has indicated the office has scheduled meetings to tackle the concerns.

“We are aware of the issues that have been raised, but as an organization we have been handling these issues, even the people concerned. As ESCOM we have a structure that handles disputes and that system is on the ground working and we believe we shall be able to come up with concrete solutions,” Chitosi highlighted.