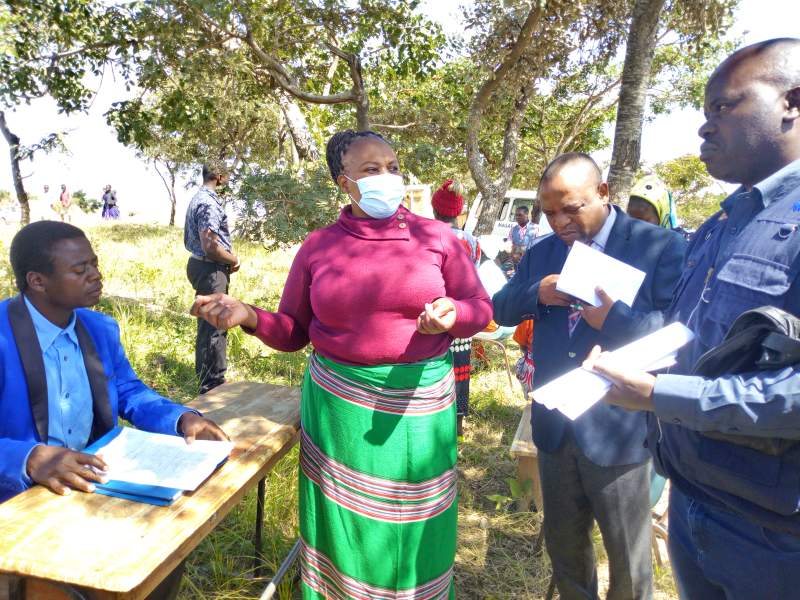 Deputy Minister of Gender Community Development and Social Welfare, Agnes Mkusa Nkhoma says government is excited to note that many families under the Social Cash Transfer program are slowly moving out of poverty.

Mkusa Nkhoma however said government will lobby donors to consider increasing the amounts of money beneficiaries of the program receive considering the rise in the cost of living in the country.

"As government, we are going to sit down with our partners, convince them for increased funding of the program,” said Mkusa Nkhoma.

She reiterated the government's commitment to supporting the program describing it as key to ensuring that the ultra-poor move out of the poverty circle.

"As government, we are very happy and this is why we want to ask our donors to continue assisting our people so that they move away from poverty" added Mkusa Nkhoma.

The remarks followed concerns from Inkosi Kampingo Sibande and some beneficiaries who wants an increase in the amount of money they get to reflect the high cost of commodities in the country.

"Most commodity prices are going up so to ensure that that it continues to have an impact that's why I was asking government to consider increasing the money the beneficiaries are receiving but with rising in price commodities like cooking oil and sugar surely there is need to increase the amounts of money these people receive", said Inkosi Kampingo Sibande.

One beneficiary, Agnes Ndhlovu from the area of group village headman William Chirwa said since she was in the program she has managed to start rearing goats and chickens and has plans to build a house with iron sheets.

She said:  "I am now better off than I was before. Then my family was not managing to have food all year round but now things have changed food is no longer a problem and now I have some goats am even planning to build a house with iron sheets",

The social cash transfer program which benefits over 290000 in Mzimba is being supported by the European Union.