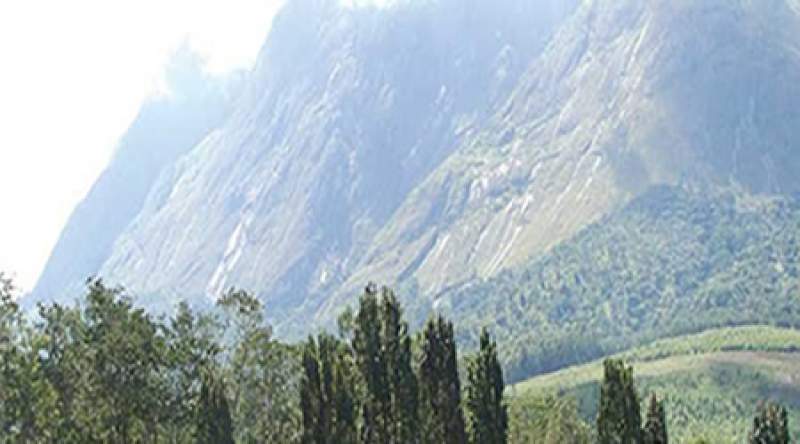 The cooperative’s Secretary, Armson Munguluma, said while some people are laboring to restore the lost environment in the mountain others are harvesting tree for timber and charcoal production.

“But that will not stop us from planting trees in all ideal places that include mountains and rivers as we have done with Tcheretchere River, Thandalala and Muluzi rivers whose source is Mulanje Mountain,” said Munguluma.

He said afforestation is the cooperative’s core activity because it relies on trees for its business.

“This year we will plant 6500 trees along rivers whose source is Mulanje Mountain and prune 10, 000 bluegum trees and let me take this opportunity to thank the District Forestry Office, the minister of natural resource energy and mining Binton Kutsaira, Mulanje Mountain Conservation Trust (MMCT) and Eastern Produce Malawi (EPM) for supporting in our afforestation exercise,” said Munguluma.

Village headman Khumbanyiwa hailed the cooperative for a step it has taken in restoring the lost environment.

“We are all responsible for destroyed environment and we need to restore it, so let’s emulate what the cooperative has been doing,” said the VH.

“The forest reserves are our treasures and we need join our efforts in conserving them,” said Stobele.

President Peter Mutharika launched the 2019/2020 forestry season in Mulanje on 19th December, 2019 with a call for every Malawian to plant more than a tree this season.