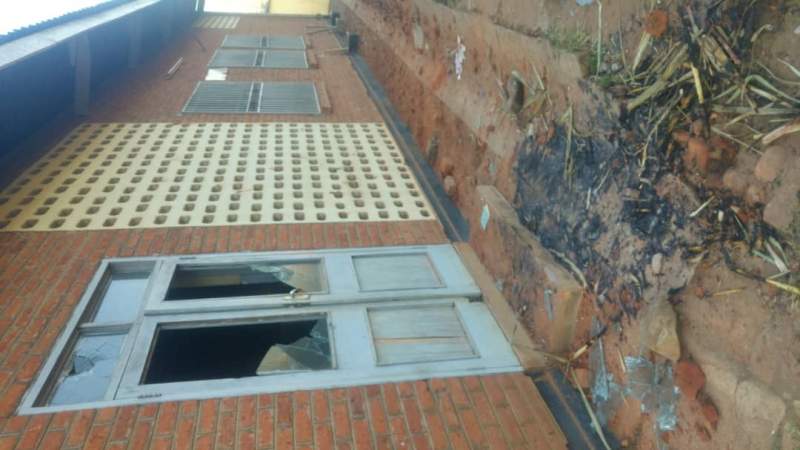 Part of the damaged facility - pic by Hastings Jimani

This was after a girl died before receiving treatment after being hit by a motorcyclist.

The mob destroyed the facility's windows and doors’ glasses in the process.

Now some of the services at the facility were suspended, a development that has led to patients travel long distances to access treatment away from the district.

It is reported that some are going to as far as Nkalo health centre in Chiradzulu.

Chairperson for the Health Centre Advisory Committee, Edson Mukhong’o, said the community is in the process of mobilizing resources to help in replacing destroyed window and door glasses as advised by the District Health Office.

“The DHO also withdrew our ambulance saying we might stone and damage it but they advised us to call for ambulance services if we have complicated maternal cases,” said Mukhong’o.

After the incident, police arrested seven people and charged them with malicious damage.

“We took them to court where they were ordered to pay a fine of K50, 000 each and all paid the fine,” said Mulanje Police Spokesperson Sub-Inspector Gresham Ngwira.