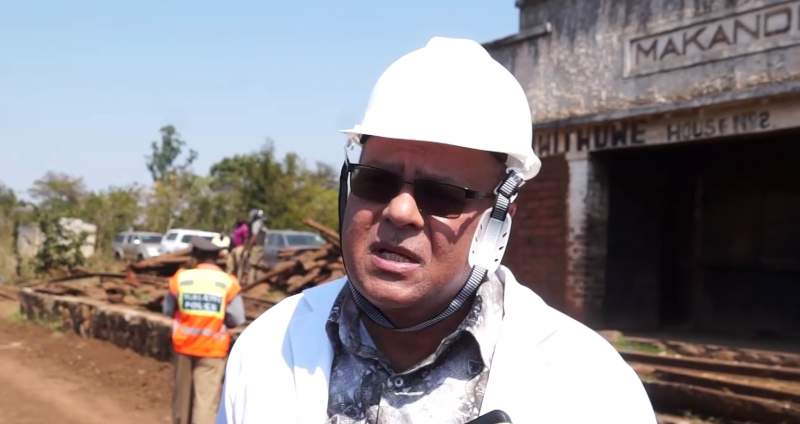 Government has conceded that the deadline for completion of 27 billion kwacha Thyolo- Thekelani- Muona- Makhanga road project will be missed again.

Minister of Transport Sidik Mia has attributed the delay to deliver the project to huge scope of work remaining which includes construction of 7 billion kwacha Ruo Bridge.

“I am impressed with the quality of works here but my worry is that the project has been under construction for over 7 years,” lamented Mia.

The new minister of transport blames the delay to deliver the project on failure by government to pay contractors and weather issues.

“Such factors affected the implementation of the project. Let me assure Malawians though that this government will deliver the project.

“We may not complete it by October as expected because we have a bridge which is currently under construction, it will be completed in the next 12 months, explained Mia.

The new Minister of Transport Sidik Mia on Wednesday inspected the project Wednesday to appreciate progress. The project’s physical progress is currently at 81 percent against time elapsed 90 percent.

He described the road as critical in improving transportation.

Makhanga based business man Lingston Mandowa says transportation has been a nightmare since the road was cutoff following 2015 floods.

“Access to social amenities have been a hassle here due to poor road network. We have been struggling to access health services besides the transportation problem is impacting negatively on businesses,” lamented Mandowa.

Initially the 82 kilometer road project was supposed to be completed by August 14, 2019 but the completion date was revised to October 21, 2020.

The project is being manned by Mota Engil Company.