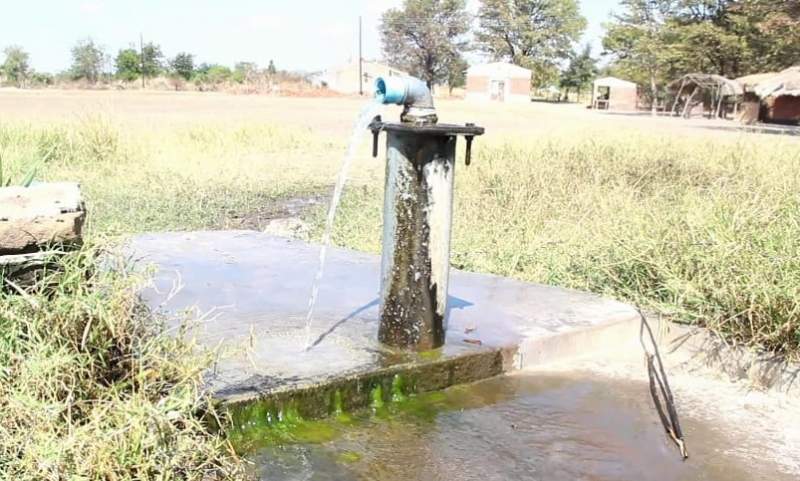 Balaka is one district in southern Malawi prone to food insecurity due to frequent dry spells, floods and erratic rainfall.

But people of Nsunuzi in sub traditional authority Chakanza in south western part of the district have a different story, thanks to two faulty boreholes.

Since the year 2009, the two boreholes have been spilling water uncontrollably day in day out.

Some women hatched an idea to start harvesting the water and irrigate crops. They started with vegetables planted where the water from the two boreholes ended up to.

Later, some well-wishers came in to assist with dams enabling them harvest more water.

An irrigation scheme was born and many villagers saw the potential and started joining.

Ten years later, non-governmental organisation, Find your Feet (FYF), which is implementing 'integrated resilience project' in the area with support from World Food Program, expressed interest and came in to support the scheme with treadle water pumps and seedlings.

"We assisted the scheme with six treadle pumps and seedlings to ensure their growth," says Ngwira.

"We used to irrigate using buckets but our benefit was minimal up until Find Your feet came in to support us with the treadle pumps and we are now doing much better than before," boasts Maganga.

From a small number of pioneer women, Nsunuzi scheme has now 80 member farmers.

Several men like Emmanuel Kapasule have also joined and are benefiting from the scheme.

Kapasure says the scheme is a game changer towards their nutrition status and food security.

He says; "Since Find Your Feet came to support our scheme, livelihoods have changed for the better and food insecurity is almost history for us."

The economic status of farmers on the scheme has also visibly improved as some are able to buy livestock, building houses and sending children to school.

Agriculture extension development officer for the area, Keston Maginito, says the intervention is complementing government's effort of ensuring that most households especially in this hunger prone area have adequate food.

Maginito says shown the right direction, the farmers at the scheme have all it takes to grow and become productive.

Traditional leaders have also offered total support towards the growth of the scheme.

"We have tried our best but still call upon Find Your Feet and other well-wishers to consider assisting the scheme with solar water pumps and improved cemented water canals in a bid to irrigate a wider area than now," says Chakanza.

Prospects of sustainability seem promising according to Ngwira who says the people are dedicated and have full ownership of the scheme.

"We did not impose it on them thus we are optimistic that even if our project phases out, they will sustain the initiative," says Ngwira.