Plight of a Transgender with Albinism in Malawi 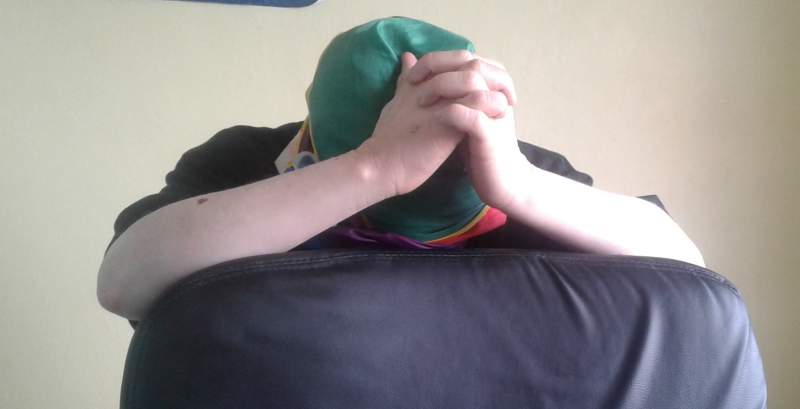 27-year-old Patuma Jazilii, has opened up to Zodiak Online on her two “special” conditions. She is a transgender with albinism.

“I identify myself as a man but I was born a girl. I have feelings of a man but I have female genitals,” said Patuma.

Living in a society that considers his sexual orientation a taboo was not easy as a child, she tells us.

“I faced mockery and bullying by my friends as we were playing. People knew me as a girl. Putting on trousers and living like a boy exposed me various degrees of insults. I was called names. Nobody recognized me as a boy,” said Jazili.

As if that was not enough, Patuma faced another danger, even more serious.

Malawi has in recent years witnessed a spate of attacks and killings of persons with albinism by people who use hteir body parts for rituals.

In Malawi, such attacks are rampant during elections period. A study by the UN has once established that elsewhere in Africa, politicians use the body parts for charms to win elections.

Being a transgender with albinism doubles the tragedy Patuma says.

“First of all, it is risky to be a transgender in Malawi. Secondly, you already know how risky it is to be an albino in Malawi. Adding the two together, you can imagine how hard it is to live in Malawi.

“It only takes courage to live in a society with that condition,” he lamented.

Her albinism condition denied Jazili social interaction on important events. Jazili missed classes for fear of being hunted down. That was the extent Malawi reached towards elections; albinos were being hunted like animals.

“I could not even get out to meet friends to talk about important things such as academic issues because I was afraid of being abducted or even killed.

“Sometimes I could not go to school when I had no one to give me company for safety. It was dangerous to walk alone,” he said.

Every person needs love and care. Societies deny Patuma the love and care he needs the most. He finds love in a partner of his LGBTI community.

“I am in love with a person who understands me as who I am; that I am a transgender with albinism. I am very happy to live with her because she encourages me in many ways to live a happy life than anyone else. She is within our community.

“Societies should see us as their fellow human beings created by God. It was not by choice to be who we are. It is natural and we cannot deny that,” said Patuma.

Jazili pleads for enjoyment of birthrights just like any other without questions.

“When we need public services such as hospitals, we should access them without facing many questions about our orientation. We need to dress our way; not to be forced on how to dress,” said Patuma.

The diploma holder told Zodiak Online that “we have been denied job opportunities because we are forced to dress not our way.

“We do not walk freely. Such things need to change in the country so that we too enjoy the rights.”

LGBTI’s are outlawed in Malawi.

Irish ambassador to Malawi, Grey Cunningham, says it is time Malawi learnt from other countries by using her legislations to protect the rights of LGBTI.

Cunningham says it is sad that most society consider LGBTI foreign.

“It is universal because it is everywhere in the world. The only thing foreign is the legislation which dates back to colonial era. So it is time for Africa and its countries and its people to accept their own legislation as we have done in our places.

“We are also going to use the European Union influence to influence the United Nations and to hold governments to the international commitments on human rights,” said Ambassador Cunningham.

Practicing lawyer from the Centre for Human Rights Education, Advice and Assistance (CHREAA), Ruth Kaima, punches holes in the country’s laws, saying they are not explicit on LGBTI.

She cites S153 of the Penal Code which criminalizes unnatural acts such as canal knowledge as being against order of nature, saying the law is not clear on what is order of nature.

“These laws are abused based on culture and religion to abuse the LGBTI,” she said.

She says S146 of the same Code is not clear on the definition of gross indecency when people abuse the LGBTI by quoting the law which criminalizes indecent practice between males as gross indecency.

“These laws are not clear. They are broad and not specific, giving people assumption that being LGBTI means you are committing the offense,” she said.

She says Malawi, being part of other international instruments, should respect human rights.

Board chairperson of Nyasa Rainbow Alliance, Solum Mtogolo, says members of the community continue facing humiliation in their own country on the basis of their sexual orientation.

He calls on people across the country to realize the LGBTI community is also a creation of God.

“Hate speech is one of the key issues that actually draw people back from coming out open. The key driving factor are religion and culture. Our gender perception is that the laws go against all according to how one is built sexually.

"The biological make-up does not decide what gender or expression one has in their own hearts,” he said.

For Patuma, the discrimination is only getting worse.