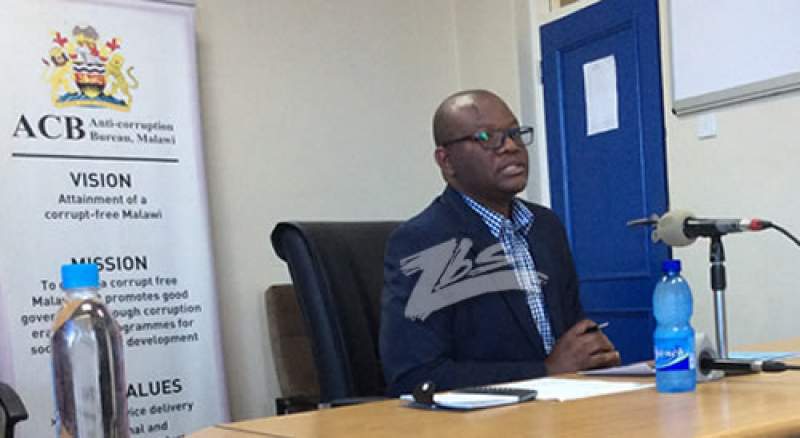 Treasury has increased resources to the Anti-Corruption Bureau (ACB)’s budget; a development the Bureau says is a boost in dealing with the huge workload it has now.

The Bureau’s Director General, Reyneck Matemba, says the plus is on top of the K320 million which was subtracted from its previous budget but has now been given back.

Matemba says the Bureau has been engaging Treasury and the Vice President Dr. Saulos Chilima on a number of issue including the issue of poor funding.

According to Matemba, the increment will help the Bureau in their operations as they continue receiving numerous complaints of plunder of public resources.

“We met the vice president as part of public sector reforms meetings. We raised this issue. I do recall him saying that we do our part with the Treasury but he will also take it up with the president to see that we are given sufficient funds.

“The 2020-21 budget they had reduced it by about K320 million as compared to the 2019-20 budget. What government has done now, they have not only given us the K320 million; they have also added a substantial sum on top of that,” he said.

Matemba, however, says it is premature to say now how much the extra money is.

“I will not be able to mention the figure now; suffice to say that when you look at our 2019-20 budget, there was a reduction like I said before but that has been given back to us. Government has added another sum on top of that which is substantial.

“If we access that money, we will be able to do the cases that we have and other operations that we have,” said Matemba.

Several quarters in the country have been lobbying for sufficient funding to the Bureau in a quest to make graft busting a success.