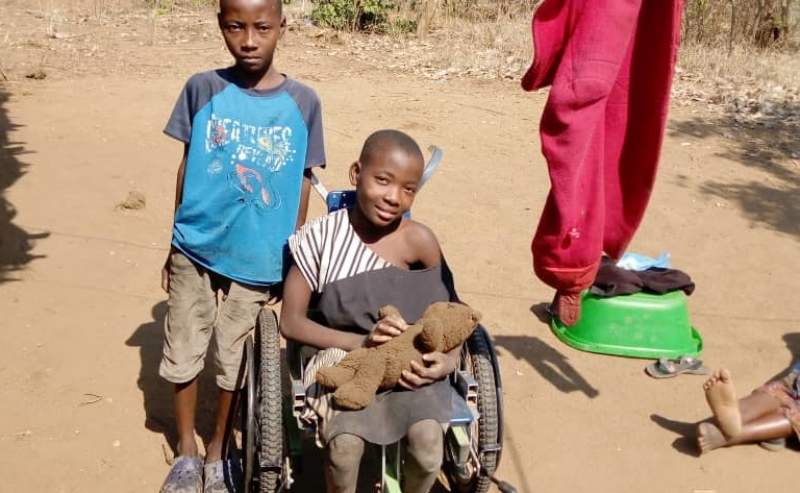 An eleven year old girl, Shinjirayi Nyirenda, is in pains in Neno district after she got paralysed when she was two years old due to a bump on the back she developed, commonly known as Linunda.

Her mother, Chifundo Nyirenda, says that doctors have recommended an operation on her back which needs a sum of two hundred fifty thousand Kwacha so she could walk again.

“Doctors at Queens recommended for an operation on her back, which they say can't be done at the facility as the MRI machine is not functioning," said the mother.

According her, the operation can only be done at Deyang Luke hospital, Partners in Hope, both in Lilongwe and Mwaiwathu private hospital in Blantyre where these scanning machines are available at a fee.

"Am asking well-wishers to come to our rescue, identify a more affordable one on the list and pay as we can't afford the bills", she said.

Shinjirayi is now confined to a wheelchair and her studies are being interrupted as at times there is no one to push her to school.

World Vision International donated a wheelchair after a disability assessment was done on her.

Meanwhile Shinjirayi's mother needs extra help to be economically stable so that she takes good care of her.

The girls lives at Kholombidzo village near Kamwamba roadblock along the M1 road.