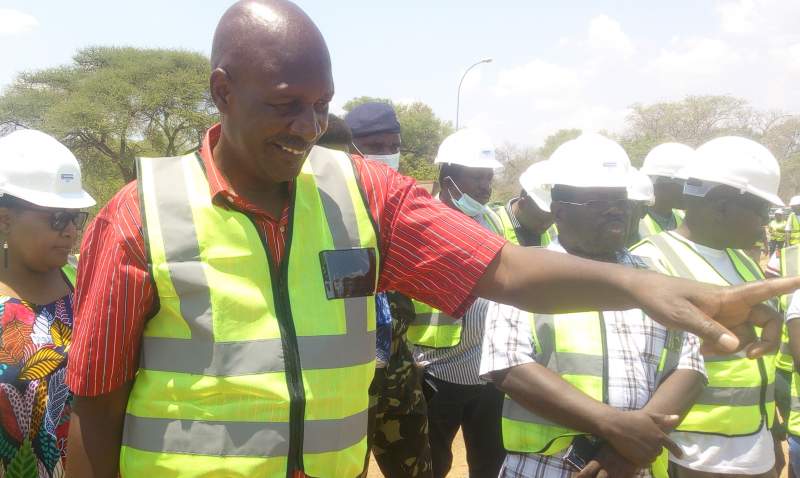 Lowe during the visit - pic by Christopher Sande

A Contractor in the construction works of the canal under the Shire Valley Transformation Program has complained of massive theft of construction materials by some workers and surrounding communities in Chikwawa district.

Conduril Company Site Manager Joao Costa told Zodiak on Sunday that most of stolen construction materials are bags of cement and metal bars.

Costa said it is pathetic that some workers and surrounding communities have been stealing construction materials especially bags of cement and metal bars.

The site manager says his company is closely working with the police, community engagement and recruiting more security guards in order to curb the malpractices.

He was speaking when Minister of Agriculture Lobin Lowe toured the progress of the construction works in Chikwawa on Sunday.

Lowe said government is closely monitoring the performance indicators of the project to fit the investment of $235 million which is largely funded by the World Bank.

Lowe said government does not want to see the project become a white elephant.

"We have had such projects in past that became white elephants. We don't want to see that, we need to benefit more," said Minister Lowe.

Once completed in 2024, the project will irrigate over 43, 000 hectares in the upper parts of Chikwawa and Nsanje targeting 48, 000 households.