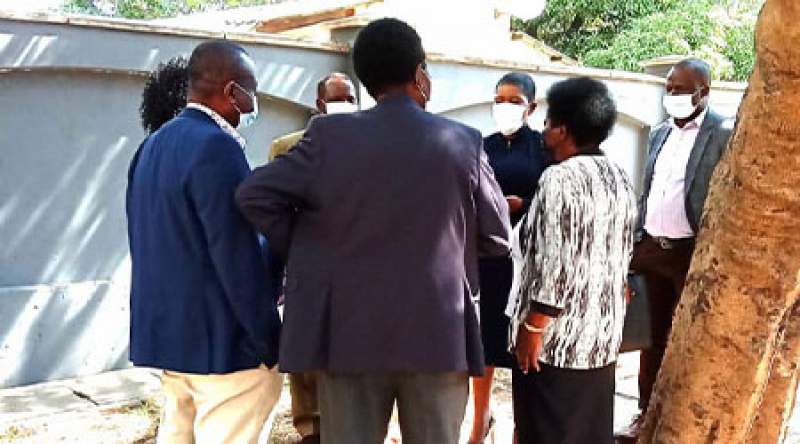 The Parliamentary Committee on Natural Resources and Climate Change has given the National Oil Company of Malawi (NOCMA) a go ahead on the procurement of fuel amid continuous disagreements with the regulator, Malawi Energy Regulatory Authority (MERA).

The committee made the resolution on Saturday after MERA failed to give the committee way forward of the issue of procurement, surrounding NOCMA’s fuel supply tender, when appeared to the committee as agreed in their last appearance last week.

During its meeting on 15th May, 2021, the committee ordered MERA to make sure that things surrounding NOCMA’s fuel supply tender should be resolved by Friday, May, 21, 2021 and report to the committee on the resolutions.

The decision was made after MERA board chairperson, Leonard Chikadya, told the meeting that he cannot make decisions without board members.

“In January 2021, our board declined to approve NOCMA'S application to us for approval of prices for suppliers they selected in its tender process. MERA gave NOCMA the reasons for the decision,” explained Chikadya.

He further said, after that meeting, MERA wrote NOCMA a letter dated 3rd February 2021 and in that letter it expressed its expectation that NOCMA would commit to transparently re-evaluate the bids and identify the lower preferred bidders on top of which two more suppliers of NOCMA's choice would be identified and requested to match the lowest evaluated and selected bidders.

“This should have been done taking into account the desire to maintain competitive pump prices to protect consumer interests,” said Chikadya.

He said, in that letter, MERA specifically asked for NOCMA's response but up to now, they have not responded.

“MERA sincerely wants to approve competitive prices that NOCMA may submit, and conclude this issue. However, this can be done only if NOCMA responds to MERA's letter of 3 February 2021.

“It is for this reason that MERA requested for a meeting with the Board of Directors of NOCMA to resolve this issue before meeting the committee,” said Chikadya.

His remarks did not please the committee, with members fuming saying what he was bringing to the committee was not what they promised in their last meeting, attracting the chair to older that everyone should walk out for the committee members to agree on a way forward.

After that, Chairperson for the Committee, Werani Chilenga, said that based on the approvals from Public Procurement and Disposal of Assets (PPDA), Anti-Corruption Bureau (ACB), Government Contracting Unit and Ministry of Justice and having interacted with NOCMA and MERA, and considering that the process to procure fuel has taken over 8 months instead of 4 months, a determination was needed.

“The fear that the current bickering between MERA and NOCMA has the potential to cause serious fuel shortages in the country, the Committee is of the strongest view that NOCMA should proceed with the necessary administrative arrangements within the law to proceed with the procurement of fuel,” explained Chilenga.

He said the Committee will report the same fact and recommendation to the main House next week.

NOCMA told the house during their meeting on 15th May, 2021, that if the suppliers will not be awarded the contracts, it’s fuel reserves will be dry by June, 30, 2021.