Save the Children Mentors Community Facilitators in NN 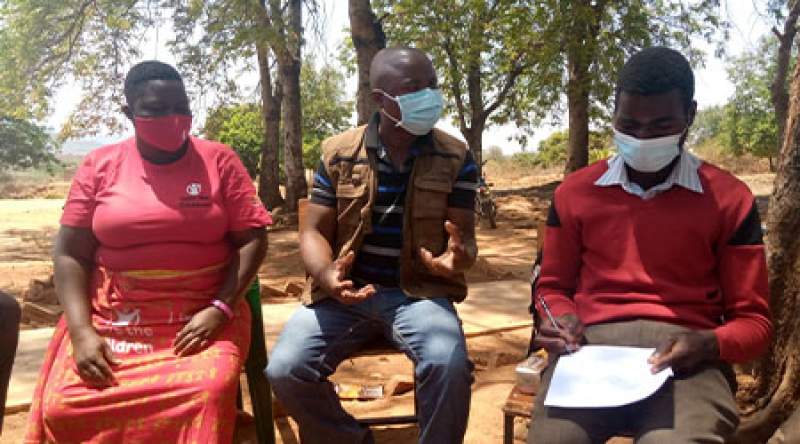 In a bid to make sure that children who are unable to report cases of abuse to authorities are also given a different channel to use in reporting their issues, Save the Children International has drilled community facilitators in book story telling model.

The initiative, according to Save the Children's Early Childhood Development officer, Enela Kilembe, will help community facilitators to identify a child with a problem and intervene using child friendly mechanisms.

"What we want is to equip the facilitators with new ways, like giving children books to write on their stories and also use gestures to notice a child's state of mind," says Kilembe.

Kilembe continued to say that, apart from book telling, children are also being taught on methods of rejection and their rights so that they report to authorities if they face an abuse.

Commenting on the drilling, Neno district police prosecutor Sub-Inspector Golden Kakoma, said children are failing to open up to issues of child abuse as most of the times they are abused by their guardians who are supposed to be protectors.

"At police we often receive cases of child abuse perpetrated by close relations and we hope this training on book story telling will help the children to start disclosing these ills through a booklet," said Kakoma.

Meanwhile, Tresfore Kampeni, a teacher at Chikonde primary school, thanked Save the Children through NORAD for funding the activity saying he will transfer skills learnt to other teachers so that they create a safe haven for learners.

"Now we have understood the concept of following up on each learner and how they are behaving so that we identify their individual problems and solve them", he said.

At the moment, the district has registered twenty-six child related cases of child rights abuse from January to date, thus according to Neno District Social Welfare Officer Paul Sosono.