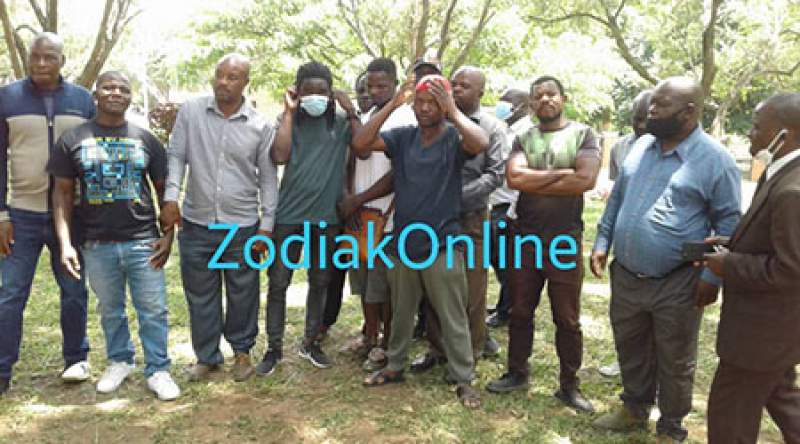 The vendors at the Council's premises - pic by Happy Njalam'mano

Some vendors across Blantyre on Thursday stormed offices of the Blantyre City Council (BCC) demanding payment which they say the Council owes them.

They say the Council engaged them in removing street vendors six months ago but it is yet to pay them their dues amounting to about K1 million.

“We have been coming here for fifteen times now asking for our money but in vain. They have been referring us from one office to another with no help. We have been to the offices of the administrator, mayor and even the chief executive officer.

“Our colleagues have been mounting pressure on us, thinking that we received the money and we did not give them. So, today we decided to come here with them to witness for themselves and they have seen that the money was indeed not paid,” said one of the vendors.

They claimed that the Council promised to give them who are 38 in total, lunch allowance and a token of appreciation for five days of service.

The Council says will respond to the matter later.