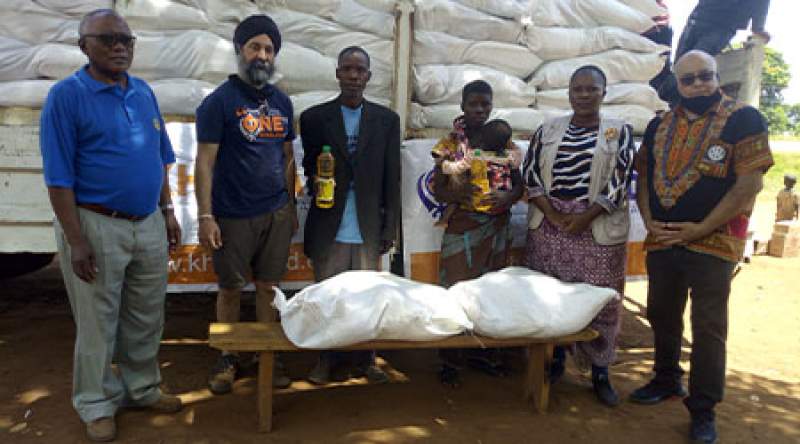 Relief and Rehabilitation Officer at Mulanje District Council, Maria Joseph, has called for more support towards rebuilding of houses for disaster displaced households.

“While food donation is good, we still have some gaps in rebuilding and we are asking organizations to consider distributing more building materials to the people to relocate back home and rebuild their houses,” said Joseph.

The 600 families who received items such as maize flour, rice, maize seeds for replanting, plastic sheets and cooking oil were from Namadidi and Chikonde camps in Traditional Authority Nkanda.

The club's past district governors’ representative, Mr. Peter Nkosi, said together with the Khasla Aid, they have been responding to different calamities and this time around, they are assisting Tropical Storm Ana affected households in Malawi.

“Khasla Aid International is very good at responding to disasters and we asked them to support us in responding to the Moderate Tropical Storm Ana and we appreciate their support,” said Nkosi.

According to Khalsa Aid International representative, Sukhraj Singh, their response program in Malawi has food packages to 900 households, menstrual hygiene kits to 400 adolescent girls and two boreholes to be drilled in Thyolo.