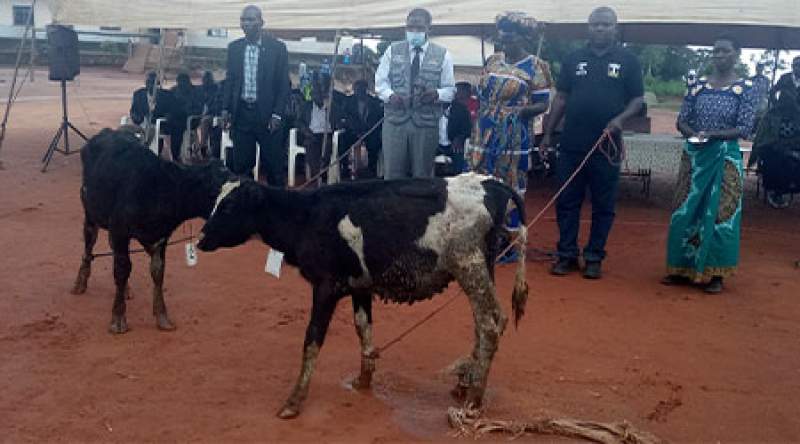 Parliamentarians have been challenged to align Constituency Development Funds (CDF) towards projects which would enable the country realize Malawi 2063 aspirations.

Thyolo District Commissioner Douglas Moffat says with such investments, the district can become a predominant supplier of milk countrywide and beyond.

He said this on Thursday after launching the dairy cattle pass-on programme under CDF at Thekerani in the district.

Moffat says currently, Thyolo district is realizing K640 million worth of milk per month from only two constituencies of the district.

"You can see that 30 farmers are going to benefit from the dairy cattle pass-on programme which is in line with the reform area number two for the council.

“This goes to making sure that we expand milk production in Thyolo. Our intention is that we expand to other constituencies in the district so as to realize Malawi implementation plan Agenda 2063. Currently, we are producing milk only in two constituencies and we are getting K640 million per month.

"I am urging other stakeholders who have ability to ask the MP or the district council on how they can buy these cows so that we can become predominant producer of milk in the country and even in Africa," Moffat said.

Thyolo South West Parliamentarian Mabvuto Sandram Scott, has urged other members to diversify the use of the funds towards empowering communities.

"This is a great day for people of Thekerani because we have managed to launch dairy cattle. We need to use CDF even in empowering our constituencies economically. So, I encourage my fellow MPs in Thyolo to have the same thing as it has happened here using part of CDF to buy animals in empowering communities economically," Scott said.

One of the beneficiaries, Esitere Wisiki, says "the initiative will improve my social economic wellbeing".

Meanwhile, the council has distributed 30 cattle to farmers which have been bought with K10 million of CDF.