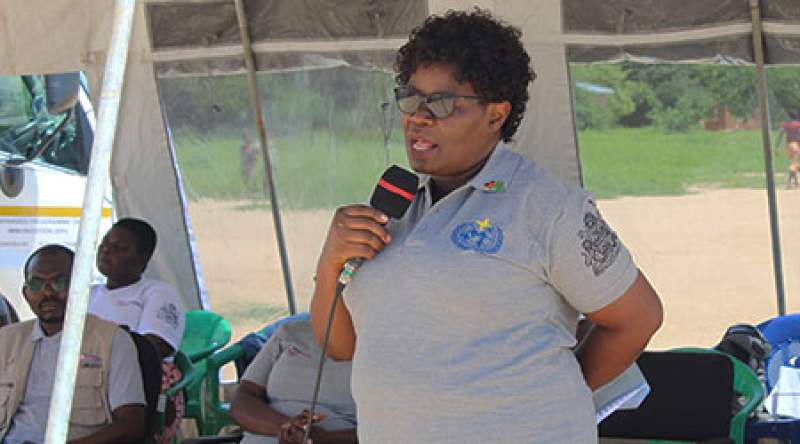 The Principal Secretary in the Ministry of Natural Resources and Climate Change, Yanira Mtupanyama, says more action is required on environmental management if the country is to make headway in mitigating disaster effects.

Mtupanyama spoke in Nsanje on Wednesday during the commemoration of World Meteorological Day.

“We have experienced frequent cyclones this time around. That means we really need to act in terms of forestry management, environmental management plans that we integrate into developmental plans,” she said.

She added, “but also in terms of tree planting, irrigation plans, plans we have for generating electricity, because what we have seen this year is that we have lost a lot of infrastructure including roads, bridges even irrigation structures; dams, it tells us that there is something probably we were doing wrong in terms of environmental management.”

Churches Action in Relief and Development (CARD), Programs Manager, Arthur Lichenya, has implored government and partners to do more on disaster preparedness.

“We need to do more in terms of actions that should help people either to evacuate or do anything that they can do to avert the impact of the disaster before it strikes so the period between the warning and the occurrence of the disaster is very critical to us.

“What we are saying is if we can spend one kwacha on early action that one kwacha will save much more in terms of the kwacha that we would have spent in responding to disasters, so early action to us is very key.

“Our role is to ensure that such information is timely provided to the communities for their prompt action,” she said.

She however noted with concern that some members of communities are reluctant to move to upper areas whenever they have been warned.

The World Meteorological Day has been held under the theme, “Early Warning, Early Action.