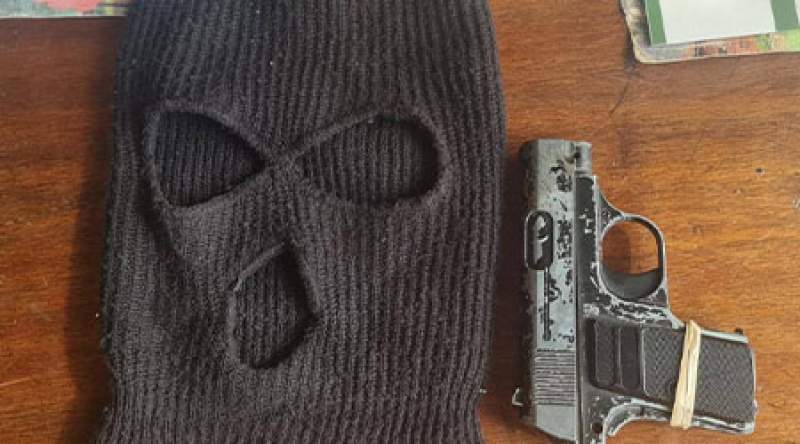 Found by the police - pic courtesy of police

Police in Mangochi district have arrested John M'madi Raja, 54, on suspicion that he  is involved in a series of armed robberies in the district.

Tepani Daudi said their records show that Raja and his five accomplices who are on the run, on the night of June 1, 2022, broke into Action Aid offices within Mangochi town and went away with seven laptops, desktops, T-shirts  and other assorted items, all worth K12 million.

"We are also suspecting  that the gang on June 6, 2022, broke into Engen Filling Station at Maldeco area and went away with K500,000.00, before attacking Mpondasi Total Filling Station, where they dragged all fuel attendants and locked them in one room, fled away with K60,000 cash, 10 bottles of five litres of oil each, 5 jerricans of 20 litres fuel each and assorted groceries," explained Tepani Daudi.

In all scenarios, the suspects were armed with a pistol, panga knives, metal bars and tied up the guards before executing their operations, according to Tepani Daudi.

She said the incidents were reported at Mangochi Police Station who initiated investigations and the detectives arrested M'madi in one of the Rest houses in Balaka following a tip from members of the public where they also recovered a pistol and black head mask in the room.

"The detectives also conducted an identification parade whereby all fuel attendants from both Filling Stations, identified the suspect," she said.