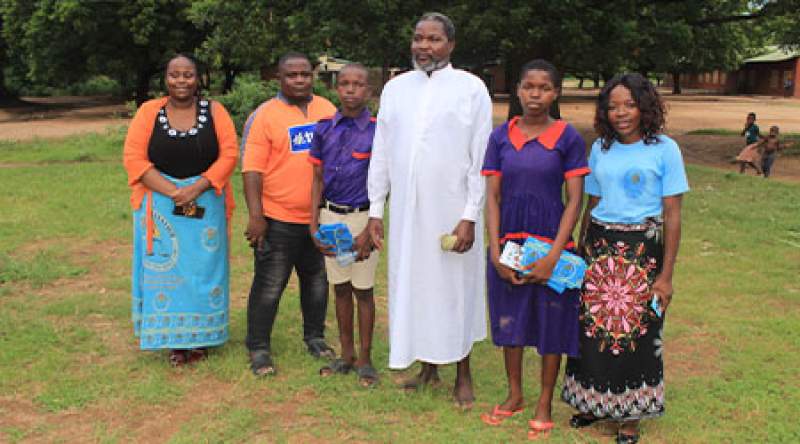 Senior Chief Chimombo, has pledged to do more in safeguarding girls’ rights - pic by Alfred Guta

Girls in the area of Traditional Authority Chimombo in Nsanje district have made an emotional appeal to authorities to engage an extra gear on girl child protection endeavors.

“She told Zodiak Online, Yesterday, Tuesday, at a Law Commission’s community engagement on child and gender related laws that, “We are forced into marriages at a tender age with the perpetrators being parents who do it for the sake of bride price.

“Sometimes teachers propose love to us which we succumb to due to fear,” lamented Maria.

She added, “Forcing us to work in gardens or help parents do piece works at a time we are supposed to be in school puts our future at stake. May they learn to respect our rights, we want our future to be bright and take part in developing this area.”

Senior Chief Chimombo, has pledged to do more in safeguarding girls’ rights.

“Such issues are rampant here, it’s an issue of great concern. “I will work with my subordinates against the same. I believe things can improve through campaigns against acts of violence against women and girls,” said Senior Chief Chimombo.

Principal Law Reform Officer, Ndamo Somba, said they are engaging communities in the district on such laws so they have them enforced in the court system.

“Over the recent past, the government did a study and found that there was an increase in actions that were harming children in Malawi.

They face this in their homes and other people that are meant to be responsible for caring for children.

“Over time, the country developed several child protection laws, women, in other cases the elderly and other men who also face abuses within the homestead.

She said people were not aware of the laws in question such as the Child Care Justice and Protection and Deceased Estate Wills and Inheritance Act.

“In partnership with UNICEF we are taking the laws to communities so they understand the laws and get them enforced in the court systems,” explained Somba.

According to the Principal Law Reform Officer, the idea is that communities know how they can access the laws in question to protect the vulnerable groups especially children.