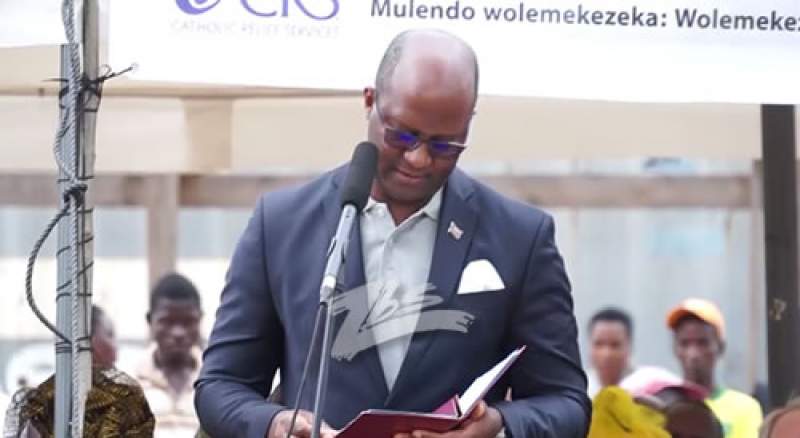 Muluzi said the law is central to decentralization - file photo

A network of civil society organizations on issues of land, Land Net, has commended government for enacting the newly passed Land Law, saying it will safeguard women’s rights to own land.

National Coordinator for the Network, Emmanuel Mlaka, says the new law gives women and other special groups an opportunity to own land unlike in the past when land ownership was done under customary laws

He said this when the Network embarked on an awareness campaign on the new law across the country.

“The law will restore women dignity. Women and other marginalized will now enjoy their right to own land unlike in the past when retrogressive customary laws were used.

“This will also empower women economically as they will have farmland to produce food and cash crops,” he said.

Passing of the law, however, has not amused some traditional leaders across the country.

They feel the law is a ploy for government to strip off their powers over land.

Led by leader of People’s Land Organization (PLO), Vincent Wandale, the chiefs marched to parliament to protest the law, calling for its repeal.

However, minister responsible for land, Atupele Muluzi, said the new bill is central for decentralization.

Under customary laws, women used to hold rights to land through male family members or husbands and they lose the land in times of divorce.

With the creation of a customary estate under the new Customary Land Act, an individual, either man or woman will now be registered as the owner of the land which in turn can be used to create a lease or sub-lease.