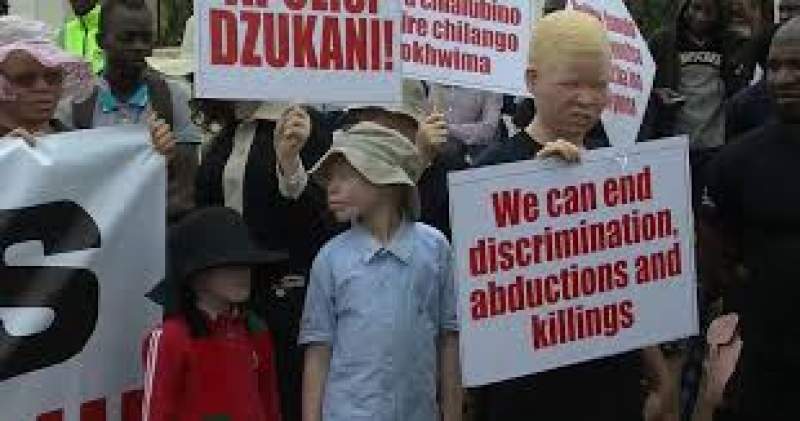 The Association of Persons with Albinism (APAM) has deplored inadequate health care personnel called dermatologists who deal with skin cancer diseases on people like some of its members in the country's hospitals.

President of the association Young Muhamba has told ZBS that as the country is commemorating the World Albinism awareness day today, this is one of the areas that need to be addressed by authorities.

``We do not have enough dermatologists in our hospitals because our members take long to access treatment whenever they develop problems on their skin. We are appealing to the government to address this problem with urgency,” said Muhamba.

He added that as the country joins the rest of the World in commemorating Albinism Awareness day, today Monday, Malawians should reflect on the dangers of perpetrating attacks on its members who continue to experience verbal and physical assaults.

Apart from reflecting on these issues, Muhamba has also asked the government and other stakeholders to reduce health-related problems they are facing citing shortages of skin lotion which is crucial for their bodies, and also addressing the inadequate number of dermatologists who deal with skin diseases in hospitals.

Explained Muhamba: `We are currently not accessing the skin lotion, we are appealing to various stakeholders to help us with the same which is very important for our bodies.”

APAM has therefore called on the government to amplify messages against attacks on people with albinism as a measure of ending the malpractices.

Minister of Civic Education and National Unity, Timothy Mtambo has told us in a separate interview that government will ensure that it reaches all areas with messages of reducing the atrocities perpetrated on persons with albinism.

``We will not get tired. The government will ensure that all strategies are exhausted so that our brothers and sisters are in safe places.' said Mtambo.

Statistics show that since 2014, more than 170 persons with albinism have been attacked in Malawi.