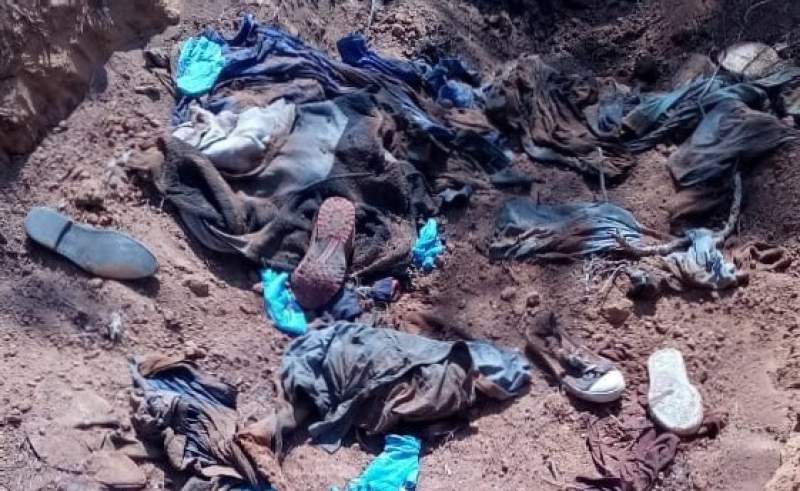 Lilongwe: The authorities to are conduct an autopsy on the 25 bodies found bundled in a mass grave in a forest in Mzimba, northern Malawi.

The District Commissioner (DC) for the Mmbelwa District Council, Rodney Simwaka, told Zodiak Online the postmortem was crucial to establish what killed the 25. It is the first known incident of its kind in Malawi’s recent history.

The bodies were exhumed in a mass grave in Mtangatanga forest, and are believed to be of migrants from either Ethiopia or Somalia.

Young men hunting insects in the forest found the bodies on Tuesday evening, and alerted local authorities who informed the police, said our reporter there Vanani Nyirenda.

The police say all victims are all male aged between 25 and 40.

Meanwhile, the minister of homeland security, Jean Sendeza, says the government will oversee the autopsy. The bodies were in a decomposed state.

She has since travelled to Mzimba to assess the situation.

“I am on my way to Mzimba. We have identified a pathologist, Dr [Charles] Dzamalala, who will conduct the autopsy,” she said, “He is the one who will tell us how long the investigation will take.”

In Karonga, another district in northern Malawi, over 70 Ethiopian nationals were detained on Thursday on allegations that they entered the country illegally.

The police have also nabbed ten local people suspected to have been aiding the foreigners.

Malawi is said to be a transit for migrants moving from east and central Africa en route to South Africa and the West.

Since the beginning of the year, the police say they have intercepted about 220 migrants, the majority of them Ethiopians.