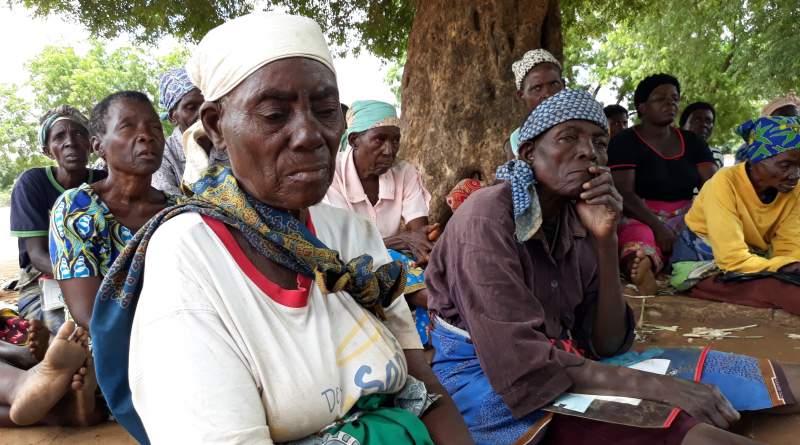 When Tropical Cyclone Idai hit the southern part of Africa in 2019, the ultra-poor in Malawi, just like any other hard hit regional country, needed a beating heart to keep their lives going.

Nsanje is one of the southern Malawi districts that were devastated by the cyclone sparked floods.

It is the home of one Kephas Nthobwa from Meja village, Traditional Authority Mbenje. He is 61 years old and visually challenged.

The floods made his life unbearable in the blink of an eye. His house was destroyed. He lost his food stuffs and crops in his field.

“It was not easy. I have four children. I also look after three children for my sister; totaling to seven children; plus my wife, mother and myself, we are ten. To have them fed is not easy; neither it is to fetch for their school needs such as uniforms,” he said.

The district commissioner, Douglas Moffat, says about 15, 000 households in the district “are in distress this lean period.”

These are the people whose vulnerability were worsened by the cyclone effects of Idai.

With support from the European Union and German Government, Government of Malawi introduced the Social Cash Transfer Programme Lean Season Response as the beating heart to keep lives of vulnerable Malawians going.

The two partners coughed in a total of K1.1 billion grant (K710 million from the EU and K398 million from the German Government) to support the poor and vulnerable households in the 2019/20 lean season.

The grant was dispersed through the Ministry of Gender, Children, Disability and Social Welfare.

According to Douglas, a total of K3.8 million is being dispersed to 5, 000 households to recover from the shock.

“The programme has transformed many lives here. Households are now able to use the money for agricultural production; buy food, pay for their children’s school fees.

“A good number of people are also using the same money to construct houses. We are making progress out of the money,” he said.

“I am very grateful to government and development partners for the cash transfer programme. You see, I am even able to access loan from village savings using the programme as surety.

“From the previous proceeds, I bought iron sheets. I will also use part of the money I have received today to buy more iron sheets. This will graduate me from tussling with forest officials for mowing grass and cutting down trees to thatch my house,” he said.

Nthobwa said the house he is going to construct will stand the floods in future.

Government of Malawi is implementing the programme in its pursue of the Sustainable Development Goal 1.3, Malawi Growth and Development Strategy III and National Social Support Policy.

The grant kept going lives of 37, 972 households who got a once off amount of K58, 000 in the districts of Nsanje, Mulanje, Neno, Machinga, Mangochi and Phalombe.