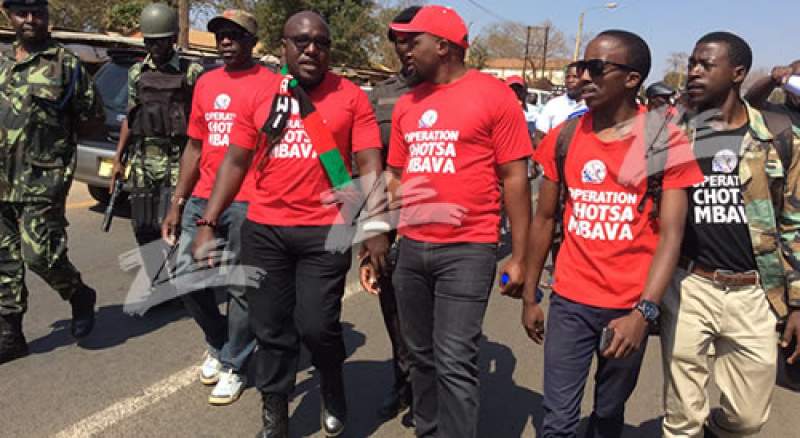 Timothy Mtambo has resigned from the vocal Human Rights Defenders Coalition (HRDC) as chairperson and has formed a political pressure group.

Mtambo told a media briefing in Lilongwe on Wednesday that his decision to form Citizens for Transformation – People Power Movement was arrive at to remove the governing Democratic Progressive Party (DPP) from power.

“It is abundantly clear that the current president and his team have failed to lead this country out of the crisis.

“Therefore, having diligently studied the problems haunting and hurting this country and the dangerous path the DPP leadership has taken, I am left with no choice but to pursue a political route and join fellow Malawians who have taken a brave and revolutionary step to openly challenge Mr. Peter Mutharika’s bid for presidency in the forthcoming elections,” he said.

Mtambo has also endorsed the alliance of the Malawi Congress Party and the UTM during the forthcoming presidential elections.

“I have a lot of faith in the leadership of Dr. Lazarus Chakwera and his team. Who can doubt the credibility of Dr. Saulos Chilima, Dr. Joyce Banda, Enock Chihana and their teams? These are leaders who have selflessly committed to the alliance in a collective action to rescue Malawi from the oppressive regime.

“We will embark on a massive civic education campaign to mobilize the masses across the country and implore on every Malawian to vote for the UTM-MCP alliance,” said Mtambo.

During his leadership at the HRDC, Mtambo has been on the fore front organizing numerous nationwide demonstrations against President Peter Mutharika’s regime.

Mtambo has also been calling for resignation of chairperson of the Malawi Electoral Commission (MEC), Justice Dr. Jane Ansah and the entire Commission, accusing them of mismanaging the May 21, 2019 Tripartite Elections.

MEC announced Mutharika winner of the presidential election that was contested in court and was nullified on grounds of mass irregularities.