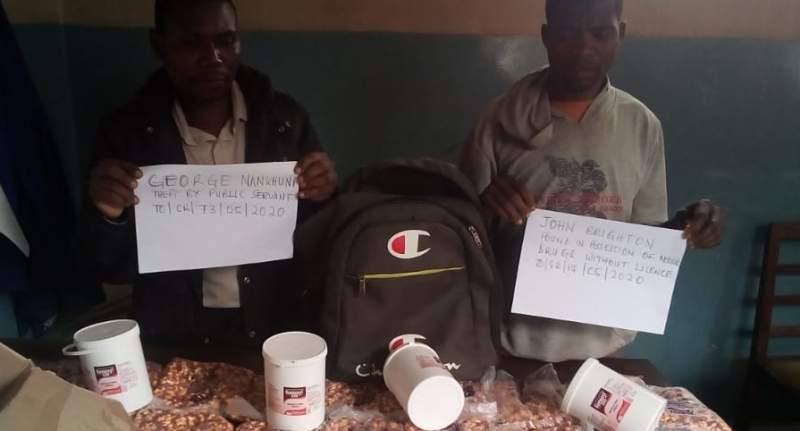 The two will answer theft charges - pic by Hastings Jimani

A pharmacist and a guard at Thyolo District Hospital are in police custody for allegedly stealing medical drugs valued at K500, 000 from the hospital.

Thyolo Police Spokesperson, Sub-Inspector Amos Tione, has identified the pharmacist as George Nankhuni and the guard as John Brighton.

The police PRO said Nankhuni was arrested and upon confrontation he apparently admitted to have stolen the drugs from the pharmacy.

"Nankhuni has been charged with theft by public servant while the charge leveled against Brighton is that of being found in possession of medical drugs illegally," said the police PRO.