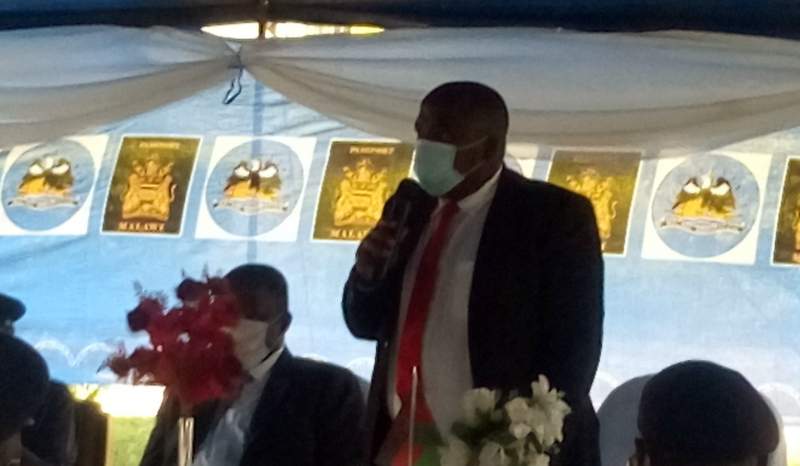 Chimwendo Banda during the visit - pic by Hastings Jimani

Authorities at Muloza immigration office in Mulanje have disclosed that existing porous borders are threats to Malawi’s security and make the country lose revenue through customs duty evasion.

The Officer-In-Charge Superintendent Jackson Lamiele said, unfortunately, the office is unable to patrol un-chartered routes due to mobility challenges as the office has only one vehicle.

“We also have housing challenge here. As I am talking now we have three houses only against 20 immigration officers at Muloza,” said Lamiele.

Superintendent Lamiele took advantage of a visit by Minister of Homeland Security Richard Chimwendo Banda on Monday to disclose challenges the office is facing.

Responding to these concerns, the minister, Mr. Chimwendo Banda said having only one vehicle the whole office is a critical problem which needs to be addressed immediately and he promised that his ministry will soon send some vehicles to the office.

He said times for promises are over and it is time for action.

“You need to be exemplary in the society you live in by desisting from indulging in corrupt practices. How can you curb corruption when you are also involved in the same?” asked Chimwendo Banda.

Later, the minister visited Muloza and Mulanje police station where he also warned the officers against engaging themselves in corrupt activities.