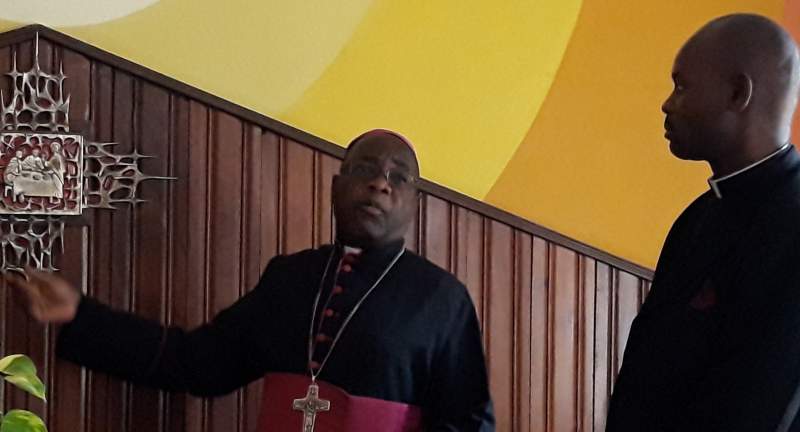 Mangochi Diocese Roman Catholic Bishop Montfort Stima says it is sad that people are making jokes over stolen Christ in Eucharist at Kankao parish convent of the Poveirelle sisters in Balaka last week.

Bishop Stima says the Catholic Church values the Eucharist saying Jesus Christ lives in it and it is Jesus Christ.

"Any Catholic understands what the Eucharist means and it is unfortunate that other people have found fun in our concern over stolen body of Christ by armed robbers," says Stima.

He says prayers are underway to ensure the culprits are brought to book and have asked government to provide security hence their parishes have been targets for robbers lately.

President Lazarus Chakwera's special advisor on religious affairs Reverend Brian Kamwendo has assured the Catholic Church, other religions and all Malawians of full government support in ensuring tight security following two robberies at Kankao and Utale parishes within a week.

Reverend Kamwendo who visited Kankao parish convent of the Poveirelle sisters on Thursday said president Chakwera is concerned with the robbery considering the assistance the Catholic Church and other religious institutions have contributed to development of the country.

"It is sad that people have resolved to terrorize religious institutions that are complementing government's effort towards development in several areas like health and education just to mentions some," said Kamwendo.

Despite social media reports that the thugs have been apprehended, Balaka police spokesperson Felix Misomali says the robbers are still at large, but confirmed deploying officers to Kankao in redness for an opening of a police unit.