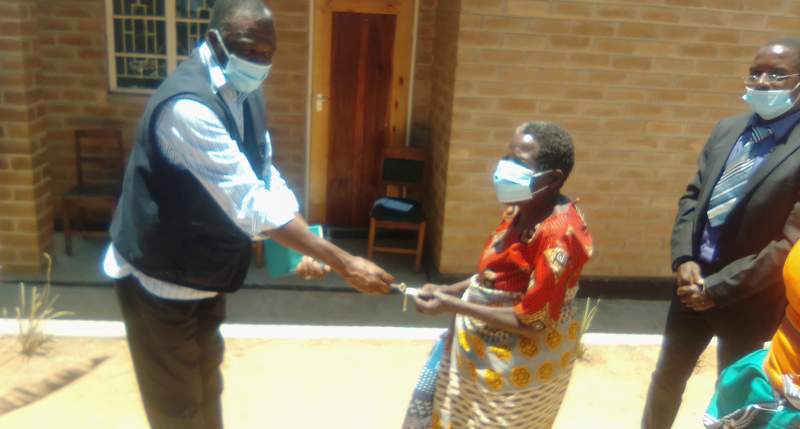 Partners in Heath (PIH) through its POSER program has constructed four houses each at four million two hundred thousand Malawi Kwacha for the elderly in Neno district.

One of the beneficiaries, a 74 year old Oliver Kapitawo of group village headman Kweneza in the area of traditional authority Dambe says her K4 million worth house is a surprise to her.

"Am happy. God bless these people. I was living with my very old mother in her dilapidating house, with this new house we are very happy as we have defeated the cold and rains,” she said.

PIH Chief Operations Officer, Aubrey Chalira, said the idea of constructing houses for the needy came after his organization appreciated the plight that the vulnerable are facing since the onset of Covid-19.

"As PIH, we came up with innovations to caution the needy, such as a goat Pass-On program where a family was receiving three goats, cash transfer and this housing project so that at least the burden is lessened", he said.

Councilor for Chilimbondo ward Montfort Bwanali thanked Partners In Heath for the houses, saying the aged in his award are facing numerous challenges including housing and has since called other partners to emulate the gesture.

POSER is designed to address social challenges that affect health as by definition health is wide and more than just treatment.