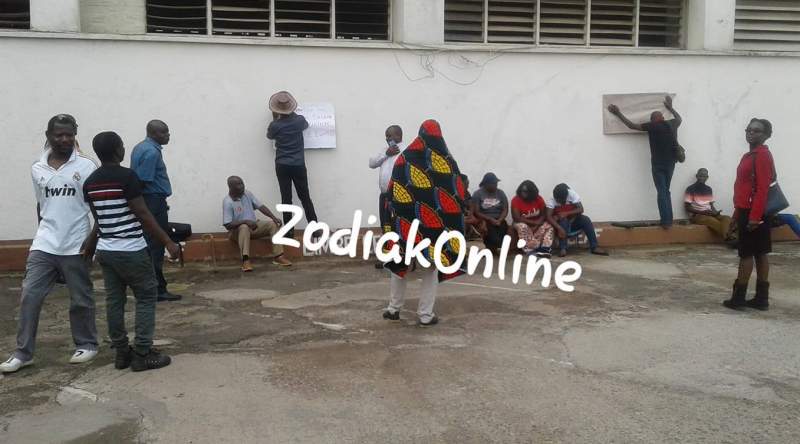 A visit by Zodiak Online to the Floors Wednesday morning witnessed the disgruntled employees just chatting and others loitering within the Floors’ premises.

They say they are surprised that their employer is failing to pay them September and October salaries when tobacco selling season has just ended in August.

“We engaged our bosses and they assured us that we will get our perks in three days. The three days ended last Monday. We gave them up to Tuesday but nothing has happened. We have just decided to stage this sit in because we need the money,” said one of the employees.

They say they are failing to send their children to schools that have just been reopened owing to the development.

“You know schools have just reopened and we need money for school fees of our children but we don’t have that. We are failing to foot water and electricity bills. We need the money for our daily living. We are saying enough is enough,” said one of the disgruntled who carried a placard written “enough is enough”.

Authorities from the AHL Group say will respond to the matter later.