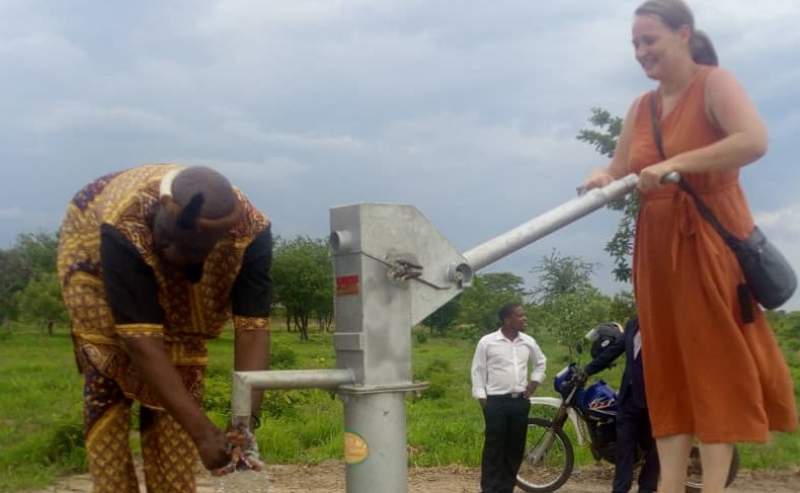 A Malawian man and his Belgian wife have commissioned three boreholes they drilled at a remotest village of Phulanya village in Mulanje district on Christmas day.

Moses and Janien Banda told Zodiak Online that they feel providing safe drinking water to the community that has been without any water facility since time immemorial would be a better Christmas gift to the villagers.

"I have travelled the better part of the country but have never come across a poverty stricken village like Phulanya," said Moses.

He said health facilities, schools are and other public institutions are very far from the village.

"To say the fact people in this village are denied of all basic public services," said Janien.

Group Village Headman Phulanya could not hide his happiness receiving three boreholes in a day.

"We have elected councilors and MPs here and all their developmental promises were not fulfilled," said GVH Phulanya.

He said the village needs more and more support from government, individuals and organizations to bail it out of abject poverty.

After commissioning the three boreholes, the couple fed over 1, 000 villagers who witnessed the event.

The couple has spent close to K15 million in drilling the three boreholes and providing water pump to Chisomo Community Based Childcare Centre right in the village, according to Moses.