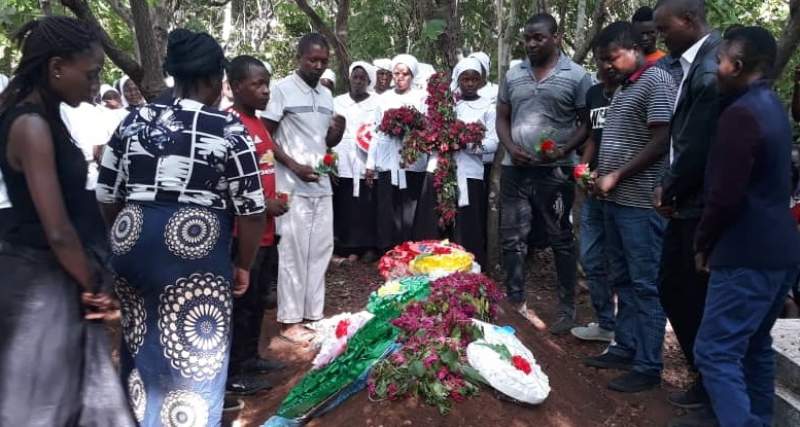 People from all walks of life Sunday afternoon paid last homage to journalist Mayamiko Majawa who died in an accident on Christmas day inside Mpaka forest close to Mangochi boma.

Majawa who died at the age of 32 has been laid to rest at his home village Pongolani, Sub Traditional Authority Kachenga in Balaka.

Speaking on behalf of fellow journalists, Mangochi District Information Officer, Kondwani Magombo, said that Majawa died  “as we were expecting him to cover a presidential function at Mangochi district hospital, only to discover later that he died in an accident after we noticed his absence at the function."

A work mate at kulinji.com, Benjamin Maona, said this came as a shock to lose the hard working colleague.

"We have lost a young talented and hardworking soul whose contribution will be missed," said Maona.

Another passenger on the bicycle was pronounced dead upon arrival at Mangochi District Hospital.