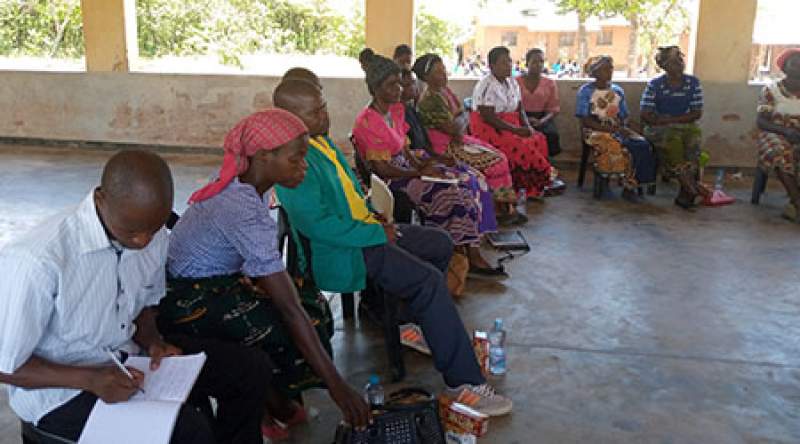 The Catholic Commission for Justice and Peace (CCJP) has joined forces with religious leaders, school authorities and traditional initiators among others in trying to arrest all barriers that are affecting girl child education as the country observes the 16 days of Gender Activism against gender-based violence.

Speaking today in Neno district, CCJP Paralegal Project Desk officer Frackson Makwangwala, says a culture of betrothal and initiation camps being spearheaded by both faith and traditional initiators are contributing to moral decay in most girls, resulting in early pregnancies and marriages.

"We need to raise awareness on the ills of exposing the young girls to subjects that are not of their age. This in the shortest period of time is resulting in the girls falling pregnant or getting married as they try to prove it from the lessons learnt," said Makwangwala.

Yesterday, teachers and matrons met girls who once underwent the initiation camps, both at traditional and church level, who highlighted what they went through.

Josephine Mambo (not real name) told Zodiak online that, she was tied to a rope and drove around the camp, while saying her friends were undressed to see how their private parts were developing.

"I felt embarrassed and ashamed after being exposed to that atrocity, it was inhumane. Up to date I feel angry at those women", lamented Josephine.

She says her friends whom she graduated with from the camps are now pregnant and others in arranged marriages. She attributes this to a culture of betrothal and " mchezo" where money plays a role.

Adding his voice, Montfort Bwanali, who represented Senior Chief Dambe confirmed these developments, saying the initiators are indeed teaching the young ones bad syllabus, and they are formulating by laws to scrap off the practice and punish all found abusing the girls.

CCJP coordinator, Joseph Kampango, is also of the view that human rights campaigners must also focus on boy child grooming, saying leaving them outside has a potential of growing a band of unruly generation.

Meanwhile, Steven Damiano of Group Village Headman Soka in the area of Senior Chief Dambe says the culture of "Kusasa fumbi" is still practiced in the area hence calling for chiefs to scrap off the practice and set up by laws meant to protect girls from being exposed to harmful cultural beliefs.

"I was approached by a certain family here that I go and cleanse their daughter who had become of age, but due to my religion, I denied it. This is when I knew that such cultures are still existing here in Neno, T/A Dambe,” he said.

CCJP is in seven districts in the Southern region of Malawi, including Neno, where it is providing paralegal clinic services.