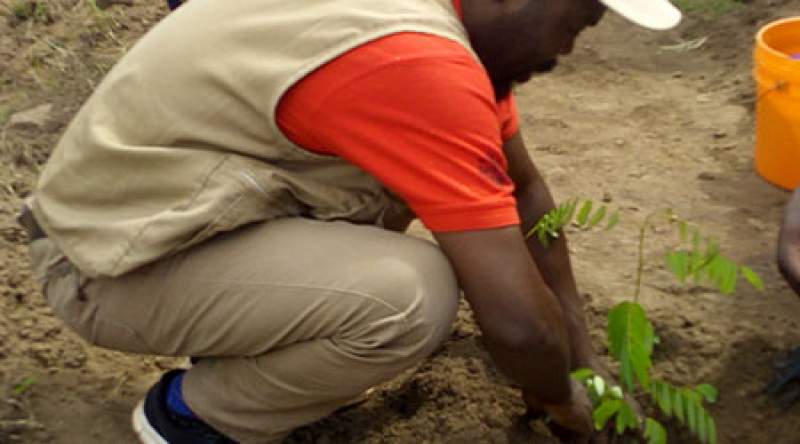 One of the players in the tea industry-Ethical Tea Partnership (ETP) says the peak period of tea being has reduced from eight months to five months in recent years.

ETP Programs Coordinator in Malawi Lickson Mchepa who says the current peak period is from December to May from October to April has attributed the development to drought which is the effect of climate change.

Mchepa spoke in Mulanje on Friday when ETP in partnership with Mulanje District Council led a tree planting exercise at Mathambi in Traditional Authority Mabuka.

“We cannot ignore that the effects of climate change are also greatly affecting tea production as is the case with other crops and we at ETP have decided to do something to reverse the problem by participating in afforestation,” said Mchepa.

Deputy Director of Forestry responsible for Southern Zone Cecilia Chauluka said she is satisfied with the growing number partners that are supporting afforestation and general environmental conservation.

“The participation of organizations that promote tea production in tree planting activities manifests that climate change which has been aggravated by deforestation has affected tea and other crops and surely organizations and tea growing companies need to conserve trees,” said Chauluka.

According to Director of Agriculture, Environment and Natural Resources at Mulanje District Council Yaz Nyirenda, so far, the district has planted 1.7 million trees out of the targeted 2 million trees this season.

“We are working with chiefs and Village Natural Resources Management Committees (VNRMCs) in protecting the planted trees and forests within their areas,” said Nyirenda.

ETP says it has supported the tea growing district of Mulanje with a total of 15000 tree seedlings this forestry season. Apart from Mulanje, the organization is also working in Thyolo and Nkhatabay.