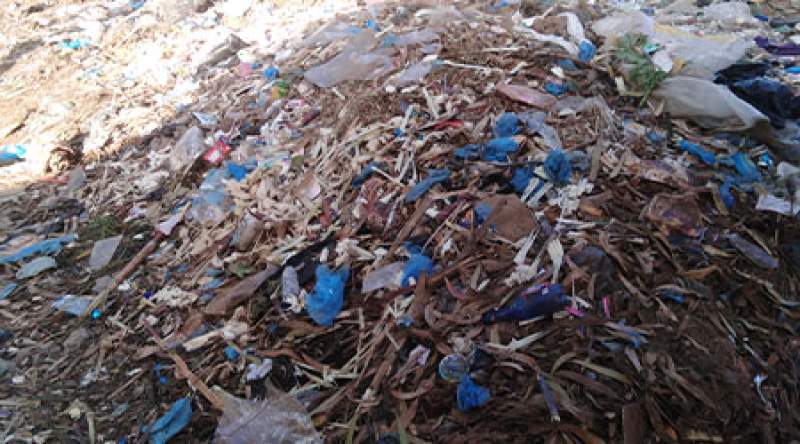 Authorities in Thyolo have conceded that garbage management is a challenge around the trading center owing to lack of dumping site.

Zodiak visit on Saturday afternoon behind the banks, district hospital, flea market, bottle stores, shops, along the roads and residential areas at the boma found filthy garbage piled up.

Thyolo's Director of Planning and Development Morson Magombo, Magombo, has attributed this to lack of dumping site.

Magombo told Zodiak that currently, the council is in talks with the estates to share some land for the construction of the same.

"We are still contemplating of having this in the soonest time. But I think we are an issue of land which we are still negotiating with our partners the estates if they can provide land that we can construct a dumping site," Magombo said.

However, Thyolo District Civil Society Network Chairperson Willard Mwambo, suggested that as the council is looking for the long-time solution, stakeholders should think of the negative impact of failing to manage the waste to development and act.

"The issue of waste management and disposal is with us and what we have to see is to think from the end. I think from the end in this case, we are talking of the negative impact of failing to manage or recycle the garbage.

“It will affect the communities around boma or Thyolo district and again in the end, it will also affect development because we are talking of unhealthy people, is equal to a challenge to contribution to development," he said.

He added: "So we need to work hand in hand amongst all stakeholders to think aloud and put the strategies in place to making sure that we are sensitizing communities and the market users at least to manage the waste as we are waiting for the dumping site."