When Salvation Lies in Manure 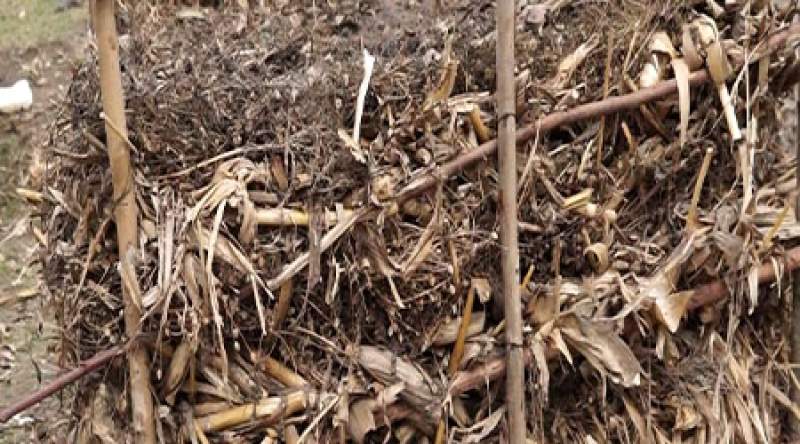 Hunger is bad. It devastates people’s minds and bodies. Physically, starvation ravages a person’s muscle, bones, skin and internal organs. On a long-term scale, hungry people are susceptible to chronic diseases like diabetes and heart diseases.

In children, starvation can cause even greater troubles, accompanied by stunted growth and cognitive impairments.

This is according to an integrated food security classification analysis done by the Malawi Vulnerability Assessment Committee (MVAC), the World Food Program and other United Nations’ agencies blaming the situation on recurrent shocks, poor policies and yes, poverty.

In Malawi, the cost of farm inputs is high and getting higher. Soil fertility is fast decreasing.

And the fact that production of maize, the country’s staple food, relies on hand held hoes makes matters even worse.

This is what ignited the Starter Pack program 18 years ago. An innovative political intervention apparently created to bail out the poorest of the poor from the deadly effects of food insecurity.

The pack provided improved maize and other seeds. It also provided appropriate fertilizer. For free.

With subsequent programs, beneficiaries were now expected to pay a little something in subsidy.

Eliza Nyirongo, 53, is from Mzimbwe village in the area of Traditional Authority Katumbi in Rumphi.

She has benefitted from the subsidy program in the past four years. But she confesses that very little has improved about her socio-economic status. She is still in poverty and facing hunger.

She feels accessing inputs in groups-farmers clubs-would be life changing, instead.

“The two bags that I get from the affordable input program are not adequate to meet the needs of my larger family of nine children. I suggest that we should be accessing the cheap inputs through farmers' clubs so as to get the bags of fertilizers we want,” said Nyirongo.

Duminga Maison is aged 32 and lives at Changoima under Chapananga area in Chikwawa district. She is a mother of six.

She has no food in her home. She failed to access farm inputs in the Affordable Input Program, AIP of 2021/2022 season. Maison was duped. Someone tricked her to surrender her national identity card and money enough for two fertilizer bags.

As a result, Maison could not apply fertilizer in her garden. The yield was low. “As a family, we are in a desperate situation. My children are always crying because of hunger,” explained she adding that they are now surviving on piece works.

Over-dependence on chemical fertilizers in Malawi has led to farmers facing the economic realities of the same. A bag of fertilizer is selling at not less than K55,000.

Further to this, chemical fertilizers are hazardous to the soil and the environment at a time of increasing soil biodiversity degradation and increasing severe weather.

United Nations UN Resident Coordinator, Maria Manuel Ribeiro, has actually asked the Malawi government for a rethink of the subsidy program as a food security guard.

Dr. Peter Mvula is a researcher based in Zomba. He observes that fertilizer prices keep skyrocketing, begging sustainable alternatives for the poorest of the poor.

“Farmers need to be taught on how to make manure by using available materials in their villages. This can significantly assist to improve soil fertility and achieve food security,” explained Dr Mvula.

One hundred and nine billion Kwacha was allocated to the affordable inputs in the 2022/2023 budget down from 142 billion kwacha in the previous fiscal year.

In the past five years, Malawi spent K484 billion on subsidy programs. This included the buying and distribution of chemical fertilizers and seed in supporting poor farmers.

Fed-up with the full cycle of food insecurity, some farmers in Thyolo, Machinga and Blantyre have embraced use of enriched compost manure. This is manure made from green grass, water, chicken, pig and cattle dung and is applied in triangular pits.

Magadalena Chabwera from Bvumbwe in Thyolo, Frank Banda from Nsanama in Machinga and Metina Watson from Makanani village in the area of Kuntaja in Blantyre say are now harvesting between 15 to 22 bags of maize unlike in the past when they were harvesting only between three to six bags in a year.

“I have food all year round and surplus for sale to generate income for my family. I urge fellow farmers to embrace compost manure to be food secure,” said Banda.

“An issue of use of manure has been discussed for a long time. What is needed now is to extend it to a larger scale,” explained Masamba

Bo Teerling is the founder of Food for Life Malawi. He is convinced that increased use of compost manure by peasant farmers could be a game changer in attaining food security.

“We have been teaching people on how to make and use enriched compost manure in various parts of Malawi. We want to scale up from 1,400 acres to 7, 000 acres to produce 30, 000 tons of maize in the next four years, which will likely feed 1 million people in Malawi,” said Teerling.

But the ministry of agriculture says it is not possible to get rid of chemical fertilizers because Malawi soils have different levels of fertility lacking specific nutrients.

Gracian Lungu speaks for the ministry. He says this is why the government came up with the fertilizer policy to promote those that can be applied according to soil needs.

But it is obvious that each year in the past 18 years, millions of tons of fertilizers have been ploughed in the soils of the nation.

The fertilizers have not helped the nation achieve its dream to upgrade the ultra-poor into lower middle class and food secure citizens of Malawi.

And the never-ending logistical challenges have strengthened the case for critics of the farm input subsidy programs. Does it harm to scale-up available alternatives?