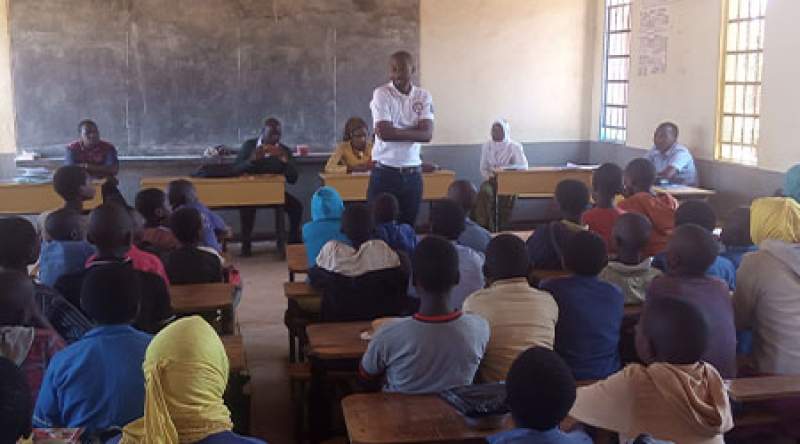 According to Joseph Chamambala, NICE District Civic Education Officer, for Mangochi, who was speaking on Thursday, August, 18, 2022, at Ntiya primary school during one of the meetings with learners, they have selected 70 schools in the district where such sessions will be conducted to learners and their parents including school management committee, child protection workers, among other community structures.

“Looking at how children's rights are being violated, the Law Commission conducted a survey on the same which *definite* its gravity and with funds from UNICEF sub contracted NICE to provide legal literacy sessions to equip children with guidance and knowledge on effects of all forms of violence on their well-being and development,” explained Chamambala.

The District Education Civic Education Officer said through the sessions learners will be able to know, prevent, protect and respond to issues of violence’s they meet at school, home or on their way to and from schools.

Chamambala said parents are also crucial as sometimes they are the ones who aggrevate the situation knowingly or unknowingly.

Speaking after their session, Standard 4 learner at Ntiya Primary, Blessings Danger, 10, said he enjoyed the lessons as most of the things discussed do happen, but they don’t know that are violations of their rights and where to complain.

“They have told us that every person below the age of 18 is a child and that things like domestic violence are against the law and we should report to the police, headteachers or chiefs,” he explains.

Acting Head Teacher for the school, James Austin, said as a school they are also encouraged with the legal literacy session because they will speak the same language with learners and parents when talking about issues of violence.

“We have issues of early marriages, school drop outs, child exploitation in various forms which we think the session has addressed,” said Austin.