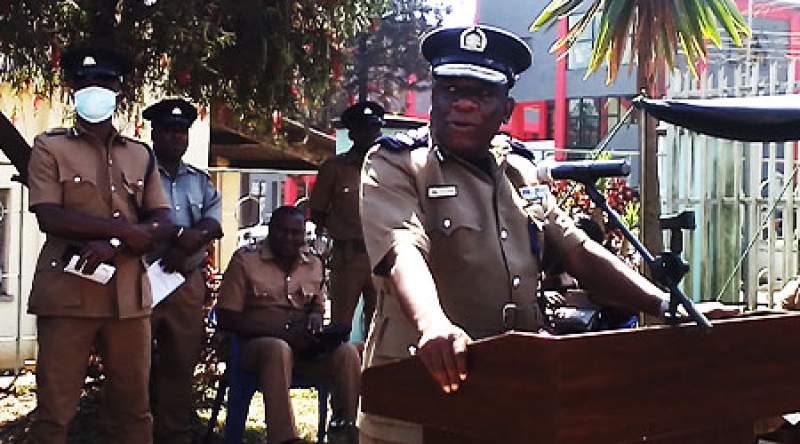 Concerned by security lapses in the South West Region, police have unveiled immediate plans to re-open Bvumbwe police station in Thyolo which was damaged by an angry mob some four months ago.

“We believe that if we have more police units within the communities, our services will be easily accessed and delivered in a fast manner,” Luhanga said.

During the official opening of Limbe Market Police Unit, commissioner Luhanga believes that the police unit will assist to bring police closer to the people thereby curbing criminal activities.

“Actually the unit will go a long way to support us in containing crime at the market. The coming in of Limbe Maket Police Unit will enable us to deploy our police officers 24/7 and people will be able to report instantly anything happening in the market,” Luhanga added.

Pacific Limited donated three rooms to operate as a Limbe Market Police Unit and its Group Financial Controller Misheck Kayuni said they decided to support the police as one way of demonstrating corporate social responsibility.

“We came up with that initiative as a part of corporate social responsibility as we have done in the past such as repairing of about 3200 broke down boreholes. This time around, we thought of coming up with police unit to support government in the department of security,” Kayuni said.

On his part, the Station Executive Committee Chairperson for Limbe Police Station Mussa Lambat has commended Pacific Limited for the gesture saying this will assist to tighten security in Limbe Township.