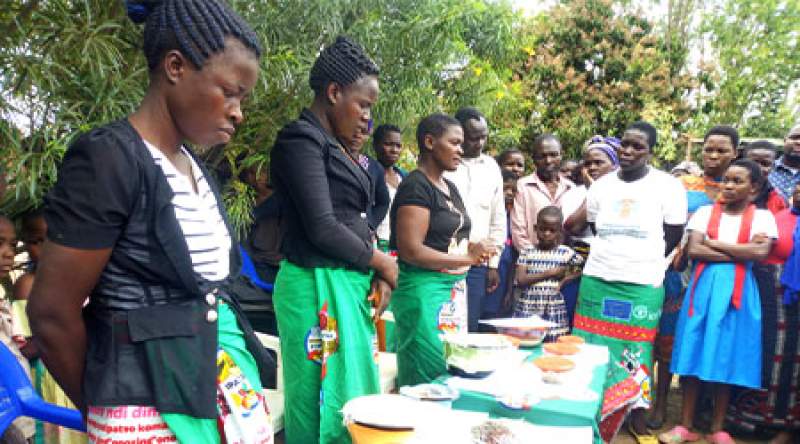 Authorities in Mulanje have disclosed that they are making positive strides in reducing stunting after reducing the nutrition-related disorder from 34% to below 30% in the past four years.

Director of Agriculture, Environment and Natural Resources at Mulanje District Council Yaz Nyirenda told Zodiak Online that the reduction is because of nutrition activities that the Food and Agricultural Organization (FAO) is implementing in the district through AFIKEPO.

“As the council, we are happy with the adoption rate of nutrition lessons we are disseminating together with our partners in Mulanje as evidenced by the reduction of stunting in the district,” said Nyirenda.

Nyirenda who spoke on Tuesday during the nutrition open day at Bulaimu village was however worried about continued cutting down of trees without replacing them saying without trees, nutrition-sensitive agriculture cannot be achieved.

Nutrition Promoter of Umodzi Care Group Beatrice Simoni said there is no any malnourished child in all the four villages she is working and she attributed this to a series of Community Complementary Feeding and Learning Sessions (CCFLS) they have been conducting in the area.

“Well-nourished mothers are more likely to have normal weight children who will be able to turn around the cycle of poverty and economic stagnation and this is one of the messages we share during CCFLS,” said Simoni.

John Zuze, a farmer from Bulaimu village took people to his kitchen garden where he has grown ten different vegetables.

“I stopped buying vegetables two years ago after learning the importance of having a kitchen garden through AFIKEPO and now I am using the money spent on vegetables on other needs,” said Zuze.

Zuze also owns two cows and some goats and he has a sizeable disease-free banana field.

The five-year AFIKEPO project which is funded by the European Union ends in December next year.