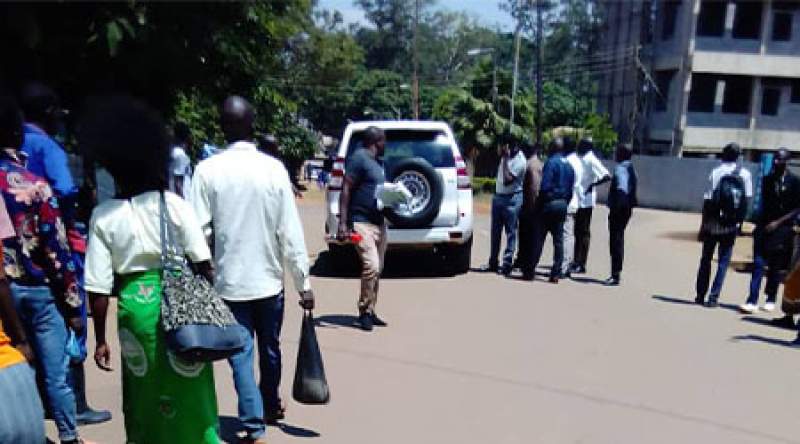 Sherrifs acting on behalf of Thyolo Active Youth Organisation (TAYO) have this Friday morning impounded the Thyolo District Council vehicle MG 166 AG for failure to pay a K32 million compensation in full as ordered by the High Court two weeks ago.

Thyolo District Commissioner, Douglas Moffat, has confirmed that the sherrifs have acted after the court dismissed their prayer to pay the compensation in instalments following the demolition of the organisation's offices at a place where the council is constructing the new stadium.

Moffat says the delay has come about since they were consulting with the central government on the payment of the taxpayers money.

"After the judgement, the complaint thought we should give the money immediately. But you know this is government's money and the council is also expected to comply with the court order, but we just wanted to clear with our superiors as to how this should be done. So because of that they thought we were delaying, that's why they came in with the sherrifs to impound the vehicle," Moffat said.

Meanwhile, TAYO Executive Director Willard Mwambo has referred us to lawyer Mwai Msungama who also asked for more time before commenting on the development.

The district council prayed to be paying the compensation in instalments of K2.5 million per month.

This is the second time for the sherrifs to impound the council's vehicle on the matter, but it was returned.