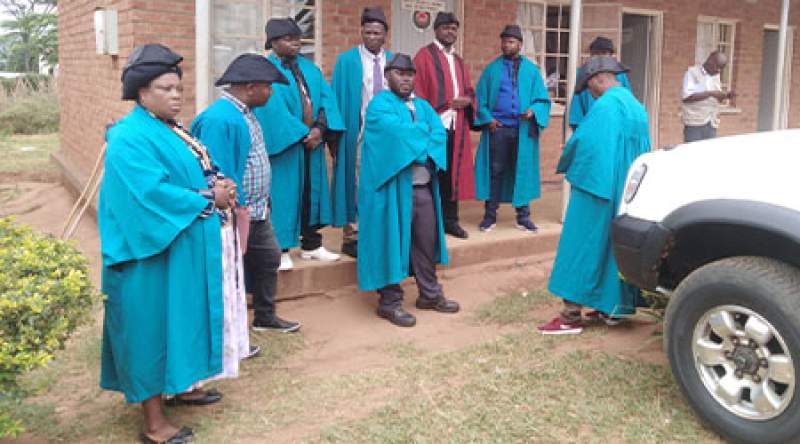 Councilors standing at the DPD's office - pic by Luka Beston

Ward councilors in Thyolo on Tuesday ceremoniously sealed offices for Director of Planning and Development (DPD) Morson Magombo and Director of Public Works (DPW) Amos Lisimba including office of building supervisor over allegations they are derailing development progress.

According to council chairperson George Matiya, they want the officers transferred from the district immediately for allegedly delaying the implementation of the already funded projects under the Governance to Enable Service Delivery (GESD) and the District Development Fund (DDF).

"These directors forgot what they came here for. As a council we are supposed to finish our projects in good time. We have tried to engage them in talks but nothing has changed, so today we said enough is enough," Matiya said.

While verbally warning other officers on the same, the councilors met in person the DPD and DPW in their offices and tendered expulsion letters.

Meanwhile, speaking to Zodiak Online, Lisimba declined to comment while Magombo was not immediately available.

But District Director of Administration for the council, George Chisuse, feels dialogue is a better option.

This comes barely three weeks after the councilors in Mulanje also sent packing Director of Agriculture, Environment and Natural Resources over similar reasons.