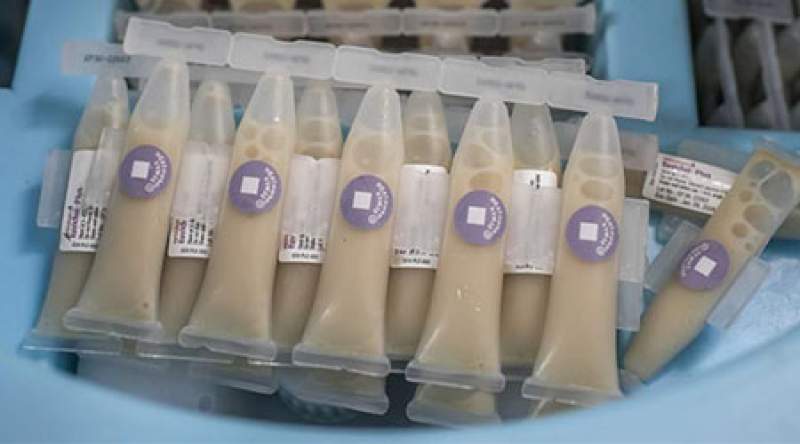 Some quarters associate cholera vaccine with infertility, in the process affecting its uptake - picture by VOA

Malawi started experiencing dry cholera in March 2022 of which instead of focusing on preparedness for the rainy season, she started responding to an outbreak during dry season.

As of 3 January, 2023, the country had already registered 18, 676 cases and 625 deaths, according to the Public Health Institute of Malawi statistics.

Meanwhile, government has suspended opening of schools in Blantyre and Lilongwe cities where the outbreak has wreaked havoc in an attempt to contain further spread, affecting education system in the country. Councils have banned selling of ready-to-eat foods, paralyzing economic activities for subsistence households.

Fighting the outbreak has, however, faced other mercenaries rallying behind the disease, making the country to face the war from two front; the disease itself and other external forces.

Enemy behind the enemy

In Blantyre, health authorities are distributing chlorine to communities to treat water to curb further spread of the disease.

However, this method is facing another enemy settling among the communities.

Village headman William from Bangwe says “when the health personnel bring chlorine, most of the people do not use it. Some times they just keep it in their homes without using it.

“They associate it with COVID-19 vaccine. You remember that when COVID vaccine came, some religious leaders prohibited their followers from accessing it, associating it satanism. The same is happening with chlorine. It seems there has not been enough information to the people,” he said.

“When COVID-19 was among us, people intensified hygiene methods such as regular hand washing and there was no cholera. Now that the COVID is no longer as a threat as it used to be, people have relaxed hygiene methods,” he said.

His colleague, Village Headman Maganga, added that “although we are trying hard to enlighten the people, some are reluctant to change. COVID-19 is becoming a problem in the fight against cholera. Misconceptions that people had on COVID-19 have been passed on to cholera.”

Blantyre District Health Promotion Officer, Chrissy Banda, says that it is sad that this is happening at a time more people in the district are dying of the disease.

“Most of the times, people are also using water from unprotected sources and they are not treating it,” said Banda.

Malawi’s health minister, Khumbize Kandodo Chiponda, has expressed optimism that the country will win the battle against the deadly enemy despite the increase in cases.

She said during the Presidential Task Force on Covid-19 and Cholera held press conference in Lilongwe that they have urged councils to intensify hygiene in their areas.

“We are focusing on councils because they already have structures and can easily budget for sanitation activities. This is to do with sanitation and hygiene in public places within the councils.”

The minister who is also the co-chairperson of the Taskforce said while the Central Medical Stores Trust has assured the task force that it has enough cholera supplies, development partners are also reinforcing the country’s armory for the fight.

The World Health Organisation has supported the country with cholera supplies worth $176 000 to help in containing the disease.

In addition to that, Malawi Red Cross Society (MRCS) with funding from Swiss Red Cross started a project that looks at how best to prepare well for the rainy season and also to respond to the current situation.

MRCS Blantyre District Coordinator, Blessings Mlowoka, says that “one of the issues which we have established is that some of the religious leaders deny their followers to go to hospitals and get medication.

Another issue is that people are looking at vaccine as an issue to do with infertility. These misconceptions and rumors are the ones that people are coming up with which we need to break. People have to know that chlorine and vaccines are here to help us to contain the disease.”

Mlowoka added that “we are doing stakeholders’ dialogue sessions whereby we look at what is making cholera to continue spreading despite various interventions.”

On the other hand, Save the Children says it has pumped in over $800 thousand in cholera response.

Senior area operations and humanitarian manager for the humanitarian organization, Steven Kamtimaleka, says they have been supporting the government on cholera response from the time it was first confirmed in Malawi in March.

“We are currently in about seven districts. We have spent slightly above $800 thousand cumulatively. When we scaled up our response, around October last year, we had about $400 thousand which has been supporting cholera response.

“In other districts they have managed to contain the disease which is encouraging for us. That is what we want to encourage partners in cholera response to continue partnering with government to ensure that we contain the disease,” he said.

Dikirani Chadza is the health promotion officer for Mwanza district where Save the Children is also implementing the intervention.

“We have been able to do wash activities, train health care workers on case management and procure items for water chlorination.

“We have also been able to mobilize communities through mobile vans. At one point, we were almost close to two weeks that we could not have cases. But then, lately we have had cases,” he said.

A threat to SDG 3

Health rights activist George Jobe says that the outbreak is a threat to the advancement of the United Nations Sustainable Development 3 which aims at ensuring healthy lives and promote well-being for all at all ages.

Jobe says that the disease should be a wakeup call that not only health sector but all other sectors need to be supportive so that they contribute to achieve the Universal Health Coverage.

“Cholera has exposed loopholes on water and sanitation as well as urban population and waste management. This should be an eye opener rather than working at an eleventh hour to achieve the SDG 3,” Jobe said.