Presidential Debates are a Battlefield, not a Honeymoon for Political Ads 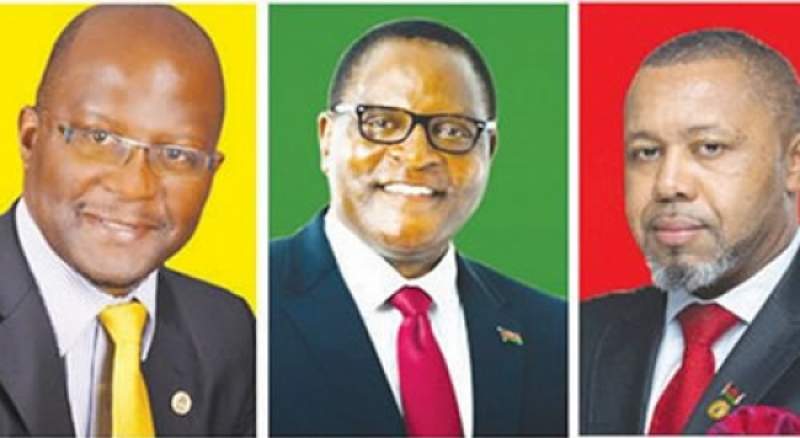 More so, these type of debates are typically not about substance. As Julian Zelizer, a professor of history and public affairs at Woodrow Wilson School of Public and International Affairs, puts it: ‘Substance is not at the heart of these debates—it’s your style and mannerism that matters.’

In this writing, I will argue that UDF presidential hopeful, Atupele Muluzi dominated the presidential debates held at Bingu International Conference Center (BICC) on Friday 29 March, 2019. I have deliberately used the word ‘dominate’ as opposed to ‘win’ because I believe political debates are not necessarily about absolute winners and losers.

However, Atupele fully displayed full understanding of the concept of modern presidential debates. Debates are not just about what you will offer, they are about your potential to lead, your ethical standing and ability to capitalize, ooze and unearth weakness of your opponents.

While Atupele was on very elaborative on his party manifesto in the levels his opponent did, he is the one who spiced the debate and made it sound like a debate. Studies have shown, people remember ‘sound bites’ and dramatic moments in the debate as opposed to substance or points raised. I personally don’t think people would remember specific points any of the three candidates preached in the debate.

WAS ATUPELE ‘ATTACKING’ HIS OPPONENTS?

When at the heat of the debate, Atupele claimed he has been reporting to Saulos Chilima, the latter in his capacity as vice president, he was not necessarily attacking him. Rather, he could have been reminding Chilima he is politically more exposed to leadership than himself.

Wow, what a golden opportunity Atupele offered in the plate of Chilima’s campaign.

However, Chilima denied being Muluzi’s senior in governance. He said Atupele or any other minister was not reporting to him. The charismatic UTM presidential hopeful was supposed to capitalize on this confession pronounced by Atupele. All he could have done was to look at this statement positively, capitalize and shoot from this angle.

And again, Muluzi clothed Chakwera with a fabric of political inexperience. Chakwera and his sympathizers are, meanwhile, on a spree of aftermath attack to Muluzi. They view Muluzi’s statement as being negative and demeaning. But I believe Muluzi offered Chakwera an opportunity to launch an unprecedented missile wrapped in a claim Malawians are frustrated and tired of the current establishment and the experienced.

He would have jokingly said, ‘People are tired of the experienced. They want new people who can deliver, that’s why I am more popular than you.’

Simply put, Atupele went away with almost all the piercing verbal attacks he threw. In the debate, he was the only one who thought like a politician. He was smart and strict to his script. The rest of his opponents were fluent, but he alone was eloquent. And so in the cloak of his realization that both Chilima and Chakwera were not aggressive and critical, he made sure they were fed bitter pills.

According to the Bill of Right Institute, formal presidential debates in the modern era can be traced to a series of seven debates between the then US senator Abraham Lincoln and Stephen Douglas in 1858.

These debates, the institute says, helped establish the precedent that candidates should present their cases and state their criticisms before the public, and engage in constructive dialogue with each other about the future course of the nation.

Most literature on presidential debates focus on the US politics. However, in 1940, republican nominee Wendell Willkie challenged the then US president Franklin D. Roosevelt to a series of radio debates. However, history records Roosevelt declined the proposal knowing Willkie’s talent for public speaking.

The first televised debate was in 1960 between Senator John F. Kennedy and Vice President Richard Nixon. This debate continue to frame how modern debates should be conducted. Importantly, it proved that presidential debates are about class and style, and not just the substance. This realization made incumbent presidents fear committing themselves to debates, and it took 16 years before another debate was held in the US.

Just like Roosevelt in 1940, incumbent president Peter Mutharika ran away from these debates. Mutharika knows he is not a man of undoubted fluency. Atupele Muluzi, Saulos Chilima and Lazarus Chakwera, on the other hand, are all men endowed with rhetoric ‘machines’. Mutharika knew he could lose the plot had he wrestled in a verbal combat with these men. If one of the debaters had approached the debate with well-calculated political script, they would have made Mutharika pay dearly for his absence in the debate. However, the candidates were mostly average with a feeble appeal sparkling lazily around their already decided followers. None of the three candidates rose beyond the aorta of doubt to stand out as the real man.

OPPORTUNITIES MISSED BY THE DEBATERS

The intellectual intercourse and verbal bartering that capitalized the debate, provided many moments of shinning that the candidates regrettably missed. Muluzi, in particular, approached the debate with a well-rehearsed formula. He approached the debate fully aware of perceived weaknesses of his opponents. He was determined to demoralize and neutralize Chilima’s ‘hotness’ in the campaign on two grounds: first, that he runs a campaign of frustrations; second, that he already had opportunities to implement reforms he preaches in his campaign promises.

Had Chilima vehemently prepared for the debate, he could have already foreseen these accusations. Importantly, he would have rehearsed well in advance and devised counter arguments before hand. He could have taken the opportunity to shut his political enemies once and for.

When, for example, Muluzi accused him of not implementing the reforms as the vice president, Chilima would have laughed, paused, laughed again and softly tell Muluzi: ‘It’s unfortunate, my  friend, who is a trained lawyer still doesn’t understand the vice president’s office is a delegated office. You don’t just begin to implement if you are not delegated. That’s why I am eyeing the presidency; you will see what I will do’.

It, however, appears Muluzi knew such a question will disturb Chilima’s levels of adrenaline. Only Muluzi knew when he claims Chilima is running a campaign filled with frustrations. Chilima would not accept the stance and say, ‘it is not only myself who is frustrated in this campaign. Malawians are also tired and frustrated. I am surprised you are not frustrated.’  Further, Chilima missed the opportunity to articulate achievements he posted as the chairperson of reforms. He could have speculated ‘it is because I am high performing that reforms were moved from my office’.

And when it comes to Chakwera, he was the biggest loser in the debate. He failed to effectively capitalize on weaknesses of his opponents. Muluzi and Chilima are both in Mutharika’s cabinet, but this was something Chakwera elaborately mentioned only once in his ending remarks.

Further, Muluzi accused Chakwera of being inexperienced and weak in parliament. Chakwera had the opportunity to give an account of how aggressive the parliament and its committees were in his term. Chakwera could have also explained to Muluzi and, indeed, Malawians how practical their campaign promises banked in party manifesto is.

However, Atupele himself also missed the opportunity to sell his party manifesto. Most of his critics argue he lost them for not ably articulating what he stands for. I also feel Atupele could have thickened his package to include a briefcase of what he stands for, as UDF. And when Chilima asked him whether he ever won an election, Atupele was given a moment to shine. However, the moderator gave Atupele 15 seconds to address the question. I feel he would have killed the rat with only 15 seconds, and Chilima could have whipped on his face a follow up question to also neutralize Atupele’s muse.

THE ART OF POLITICS: IN MOVING FORWARD

Diffusing opponents’ verbal attacks with well weaved political pronouncement has always been the art of politics. In 1984, for example, the major threat to President Reagan’s re-election was his own age. Reagan was 73 when he sought re-election. However, he managed to diffuse this controversy with a small joke: ‘I will not make age an issue of this campaign. I am not going to exploit for political purposes, my opponent’s youth and inexperience.’ This joke performed wonders, and Reagan won with a landslide.

In the next debate, I expect political geniuses to ooze out of the debate. I want to see the moderator and debaters seeing opportunities in verbal attacks. We want to see debates full of excellence embedded in drama and action, after all presidential debates are battlegrounds.

(Written by Focus Chiyembekezo Maganga, a lecturer in communication at the Polytechnic, a constituent college of University of Malawi. He loves to comment on social and political issues in his personal capacity.)