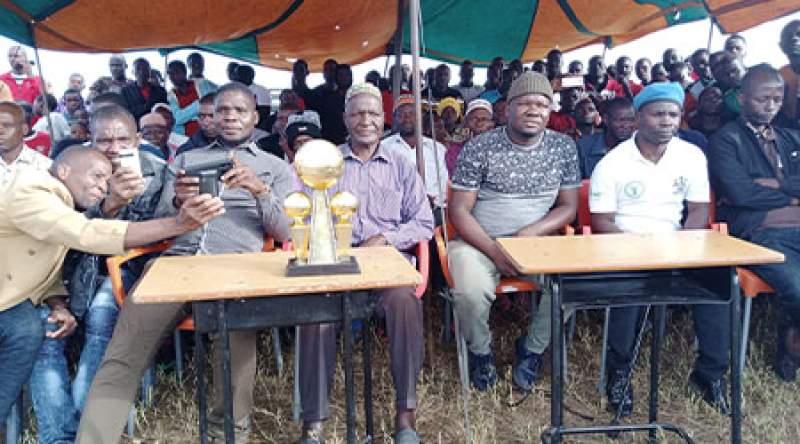 A 5.5 million Kwacha Kadawati football bonanza has been launched at Likhonyowa ground in Machinga sponsored by businessman Felize Kadawati on Saturday.

36 teams from the Constituency are expected to compete for a grand prize of one million kwacha with Kadawati saying he aims to introduce himself to the people of the area especially youths.

Kadawati says he wants to unite the people of the area and to express his political ambitions through the trophy despite not being a political campaign period yet.

"I am a businessman and I was born in Machinga East constituency, so, I'm here for my people to know their son and brother. It's not a campaign time yet but I just want to be known here," said Kadawati

Group village headman, Likhonyowa says he will welcome programmes from any individual, so long as it will help the people of his area.

"I will support every person who will bring developmental projects for my people including government, you know poverty is a big challenge here so we want to take advantage of such initiatives," said GVH Likhonyowa.

"We haven't yet decided who we are supporting in the next elections as an area because that's too early, let's wait for 2024 but for now, everyone is welcome," he added.