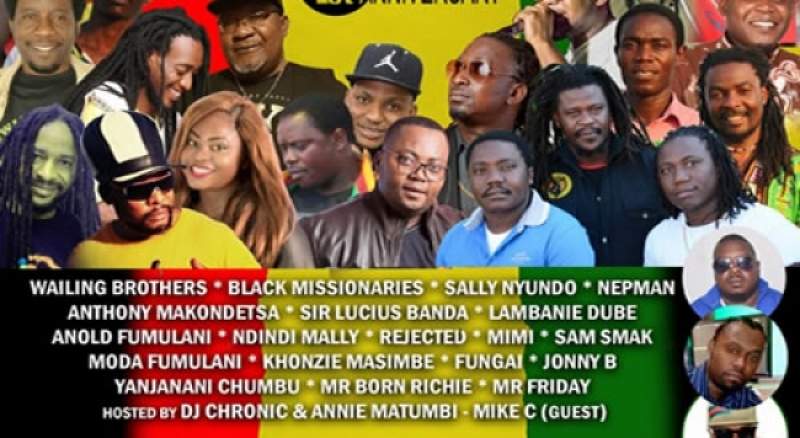 The festival will be taking place every May. - Pic courtesy of Duffy Chikakuda

The club’s owner, Duffy Chikakuda, told Zodiak Online on Tuesday that the festival will be launched this Saturday in Zomba where the country’s reggae icons will be performing.

He said the festival will be taking place every May.

“We have attracted a lot of artists: the Blacks Missionaries, Lucius Banda, Nepman, Sam Smack, Wailing Brothers, Sally Nyundo, Lambanie Dube, Born Richie and Rejected, among other artists who will perform in Zomba on Saturday.

“Black Missionaries will fly to South Africa to perform at the Africa Connect Festival which has attracted artists from across Africa to fight against xenophobia through music but they will fly back to perform in Zomba on Saturday,” he said.

Chikakuda said they have partnered with Castel Malawi who are the biggest sponsor of the festival.

“As one way of giving back to the community, fans will be receiving two free bottles of Carlsberg beer upon entry. During the festival on Saturday, we have slashed beer prices; Carlsberg Special, Green, Castel Booster will be sold at K600 whilst Kuche Kuche will be sold at K500.

“We have done this just to make sure that our fans should enjoy the festival and get entertained,” he said.

According to Chikakuda, the festival will help to revive the old capital city, saying they will in the long-run be inviting international artists.