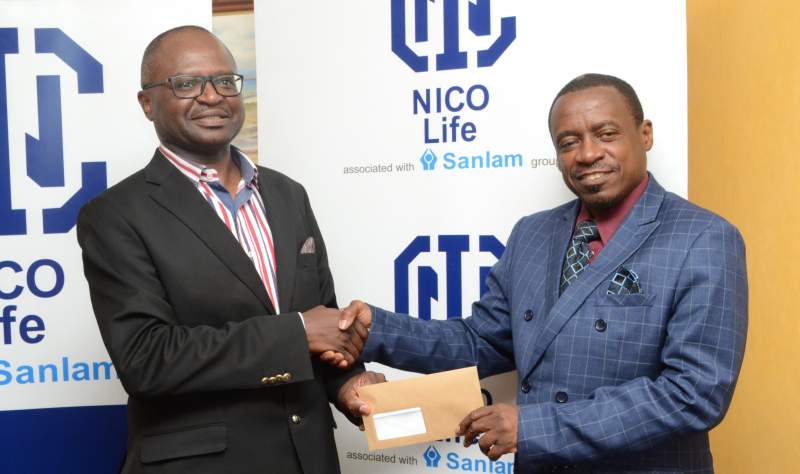 Nico Life has awarded two long serving members, Eric Chapola, and Lawrence Kaulembe at a ceremony held on Friday at its offices in Blantyre.

Group Chief Finance Officer, Chifundo Chiundila, said the initiative to award such members has improved service delivery of the company over the years.

“There are a lot of positive outcomes emanating from the initiative to both the company and the employees. We have seen commitment from the employees because they feel valued.

“Everyone values to be appreciated and that goes a long way in ensuring that our people are more satisfied,” he said.

Eric Chapola, who is also NICO Life Chief Executive Officer, said his 15 year stay at NICO has taught him many lessons.

“Any journey has its problems. What is important is for you to look forward and handle the problems.

“If I am to mention one specific thing then it did not happen within NICO Group; it happened with a company I worked for twenty years before I joined NICO Group.

“This was a South African Company. I left it because it decided to sell its business to the NICO Group and the CEO did not tell me. I took offense for their lack of communication. That moved me,” he said.

Chapola added that the award is important “to me and the people behind me to see that if they work hard, they are dedicated, loyal and honest, they can achieve bigger things. They should see that whatever comes in their career, there is a bigger future.”