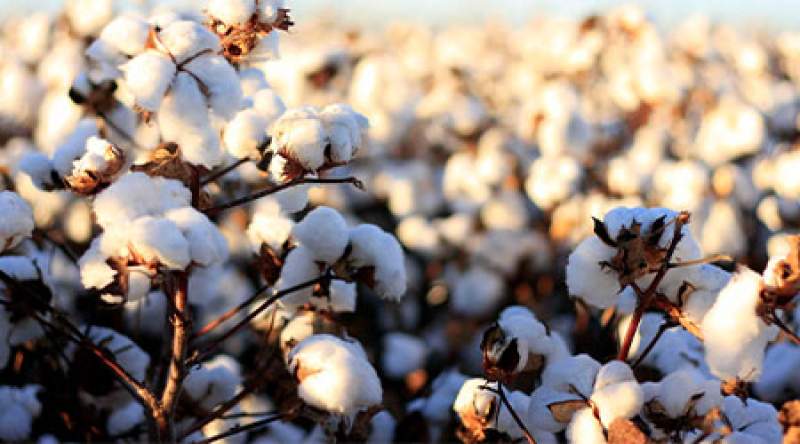 It has been four years since cotton farmers in Malawi were introduced to genetically modified (GM) cotton seed whose main aim is to deal with bollworms. These are the deadliest pests for the crop, capable of reducing yields by over half if not controlled.

To control the pest, farmers have to use expensive chemicals, therefore the use of GM seed varieties, such as BT cotton has become a better option for farmers. These cotton seed varieties are produced through biotechnology, a modern science used to manufacture products intended to improve human life.

But as George Kalungwe writes, there could be more to this. This year GM cotton farmers in the county were still able to harvest more despite harsh weather conditions resulting from climate change that brought devastating tropical cyclones in Southern Africa.

We are in the Mtalimanja village in the area of Traditional Authority (T/A) Khombedza. The time is around 3 O’clock in the afternoon, and, as usual, the sun is scorching in this lakeshore district of Salima.

With him, I stood on one edge of this six-acre field. Raphael Kwindanguwo raises his hand to show me the remnants of his cotton harvest with little enthusiasm. He is not as happy as he was when me met at this very same place year.

“This year, my cotton production was not all that fine compared to last year because we had a lot of rains in March and February, then it cut off in March until the cotton started producing balls. There was no rain until we harvested. So, it wasn’t that good,” he explains.

“I planted six acres which was above the three acres I did last season and I produced 37 bales which is almost 3, 000 kilograms.”

Kwindanguwo has been planting genetically modified (GM) cotton seed for the last four seasons, having been one of the first farmers to embrace GM cotton in Malawi. He grows Bollgaurd II, one of the many types of GM cotton varieties.

He is a member of Tipindule Farmers Club, a group of 30 farmers.

His yield in the 2021/2022 season has not been low due to erratic rains induced by cyclones that hit Southern Africa, most notably Ana and Gombe.

Him and many other farmers suffered losses in the year but he says he is better off.

“If I had planted the old varieties, I would not have harvested this much. It would have been very low. I could not have attained the 3, 000 kgs I’m talking about. The weather was bad but still I have managed to harvest a better yield because I grew this type of cotton,” he says.

BT stands for bacillus thuringiensis, a bacterium used to scientifically modify the cotton seed to make it resistant to the bollworm, a pest capable of reducing cotton yields by almost half if not controlled.

The toxin is produces helps farmers to save on expensive chemicals, which otherwise they have to apply over six times before harvest.

Over 95 percent Malawian cotton farmers, which is about 19, 000 of the total number registered the 2021/2022 season, grew GM cotton, representing a near 100% adoption rate, according to the Cotton Council of Malawi.

Chairperson of the Council Duncan Warren agrees with Kwindanguwo that the harsh weather this year has shown that with BT cotton farmers would still harvest considerable quantities because of the reduced impact of insects.

Warren says, “You can tell straight away tell the difference between them when you the conventional open pollinated varieties and the new GM varieties. The BT cotton has a lot of big balls, much greener big balls, while the old varieties have small balls and fewer balls. And definitely the yield is much better because of the pest control. So, despite the poor rains farmers that grew BT cotton have had better yields.”

One major concern about BT cotton is its high cost. It costs almost 10 times above the conventional varieties. Despite this, Warren says the farmers that chose BT cotton this year have smiled their way to the bank.

Farmer Kwendanguwo attests to this.

“From my produce, I’ve made about K1.3 million. I’ve school-going children so this year I had no problems paying for their school fees. I’ve also made improvements on my house and managed to buy a television set which I’m now using to watch current affairs and agriculture programmes, says Kwendanguwo.”

To deal with the challenge of price, cotton buying companies have been assisting farmers with seed on loan which is deducted upon sale of their produce.

“Indeed, this has been a concern for this particular technology. It is much more expensive. Experience has shown even with maize; hybrids are more expensive than the open pollinated varieties. That is a fact of life. However, the difference in the cotton area is much bigger, particularly when you talk about the BT trait.

“In terms of prices BT cotton seed last year was about K25000 per kg, and this year we are looking at about K28000 after the devaluation and other inflationary pressures. So, did the farmers access the seed? We organized the farmers into clubs; they entered into contract farming with the buyers. The buyers provided support for the farmers to buy the inputs. They procure the seed and delivered it to the farmers so that they could deduct the cost of the inputs during the marketing season. At this stage this is the only option helping the farmers to access this kind of seed at that price,” explains Warren.

Joseph Odalla is chief executive officer for Millennium Farms Limited, one of the companies that partnered with farmers on seed supply this year.

“If we had a proper strategy, they would probably invest in the next crop on their own expect that I don’t think we have worked it out as. But there is enough money for the farmers to buy on their own and be free from us, completely free from us; from the ginners’ investment,” says Odalla.

To make BT cotton seed affordable, Odalla suggests the government should not necessarily subsidize it but guarantee loans for farmers with commercial banks because the current support from ginners is not sustainable.

“Ordinarily, a ginner is a market for seed cotton. We shouldn’t really be investing. This was what we call backward integration. We should really be involved in the farmers inputs and all that. Somebody else should be doing that.

“On my part, I think that for a country that is reeling from forex shortage, the investment should not depend on the ginners pocket because if we don’t have enough money to invest, we’ll not have enough cotton and therefore will not as much forex. For an export generating crop cotton, I think there has to be some policy that would ensure that as many farmers as possible have access to seed. This country can process easily 200, 000 tons in a year,” observes Odalla.

According to Warren, this is an option the government could consider in the long run currently the use of contract farming between ginners and farmers remains a viable way of helping farmers afford the GM cotton seed.

“Well all options are open is just that you looking at 20000 farmers all of them having to get a loan from the bank. What will be the collateral? We have explored these options for a very long time honestly speaking. The banks are willing to assist with financing for more holder farmer but the problem is that even for them to recover the loans there has been a cohesive way to do that.

There has to be a strong marketing structure to recover those loans like the way the tobacco industry does. The only the banks can their money back from small holder farmers is through the buyers, and this case, the buyers will be the ginners. So, it still goes back to the ginners. They have to invest.  We have explored all these options and we have discovered that the small holder sector is not quite conducive for banks to service loans for small holders at the moment in Malawi.

With climate change, it is certain that harsh weather conditions will likely continue affecting farmers’ income and most of the agro-based economies of Africa like Malawi. Probably, it is high time here in Malawi the use of genetically modified seeds was extended to such other key crops such as maize, cowpea and banana where trials have already been conducted.